A pioneering online scheme to help make High Street shopping safer and cut crime is being adopted in Derbyshire.

But the new scheme operates online, offering immediate and wider dissemination of information and making it easier for the police to create intelligence for reports to steer operations or evidence for prosecutions.

The idea is the brainchild of the team behind the Chamber’s Shopwatch scheme.

Project leader Jackie Roberts said: “Retail crime is one of the few crimes that continues to grow and affects everyone. Even low-level retail crime has major implications for business turnover and viability, with knock-on effects on the local community and economy.”

She added: “During the past 18–24 months, town and city centre retailers have reported significant increases in anti-social behaviour and associated crimes.

“With resources stretched in most businesses and police forces, smarter working methods are needed to reduce the issues retailers face and to highlight offenders.

“Ever-tighter controls of resources mean that the police and shopkeepers are finding it harder and harder to bring offenders to justice, which creates an environment that encourages further offences.”

Under the new initiative, businesses would sign up to the web-based service. They could then upload information about shoplifters operating in an area and report other crimes.

They would also receive instant updates through the website and other online means, such as messaging, social media or emails, alerting them to crimes in their area as they happen, including descriptions of people to watch for.

The service will be staffed by dedicated operators who would alert police and other businesses immediately crimes are reported, with the aim of reducing crime through partnership working.

Jackie added: “By bringing the scheme online and working with partners most closely involved in trying to reduce crime or those most affected by it, the Chamber can help members and other businesses to reduce this blight on the retail community.”

Chris Hobson, the Chamber’s Director of Policy, said: “The Chamber’s vision is to enhance East Midlands businesses and communities and this is an obvious and very positive way of delivering that objective. We are very pleased to be working with the police on this initiative.”

Derbyshire Police and Crime Commissioner Hardyal Dhindsa said: “Too often you hear the view that business crime is a victimless crime. Well, not in Derbyshire.  I understand that business owners, staff, shareholders and actually, ultimately, customers pay too high a price for crimes against businesses.

“This scheme sets out to make retail areas in Derbyshire safer and therefore more enjoyable places to visit.  In turn, that encourages more customers, which helps the local economy. I’m very proud to be involved.”

The Police and Crime Commissioner’s office and the Chamber are jointly funding the scheme initially, the PCC contributing £30,000 to the cost. 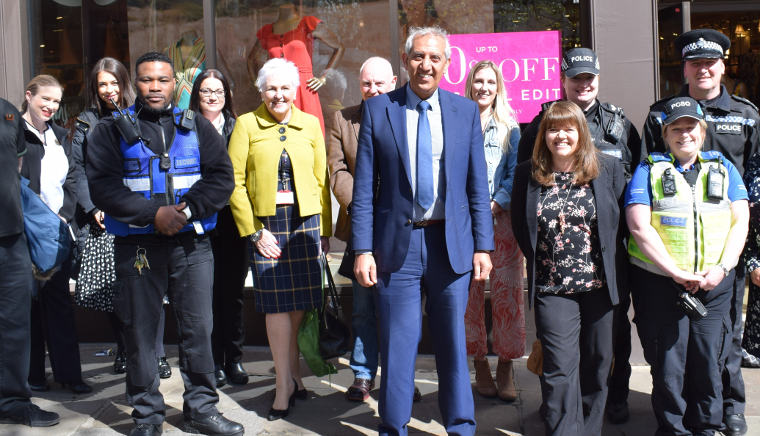 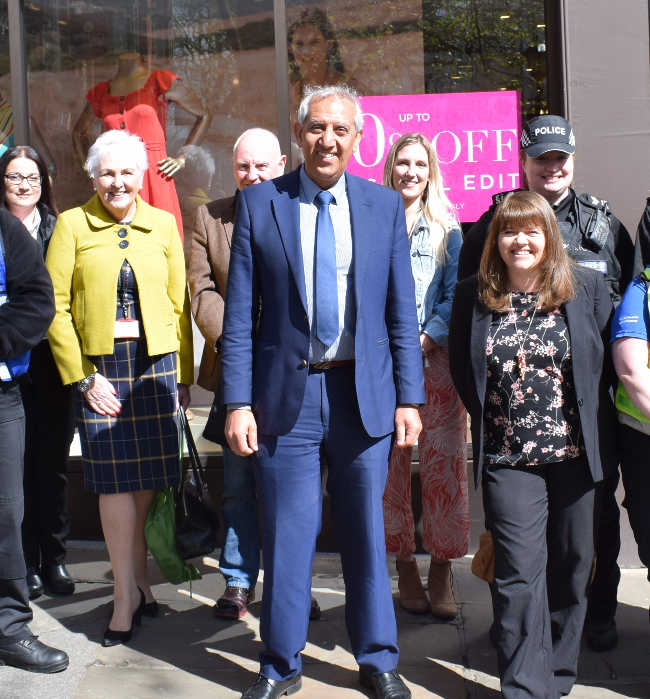