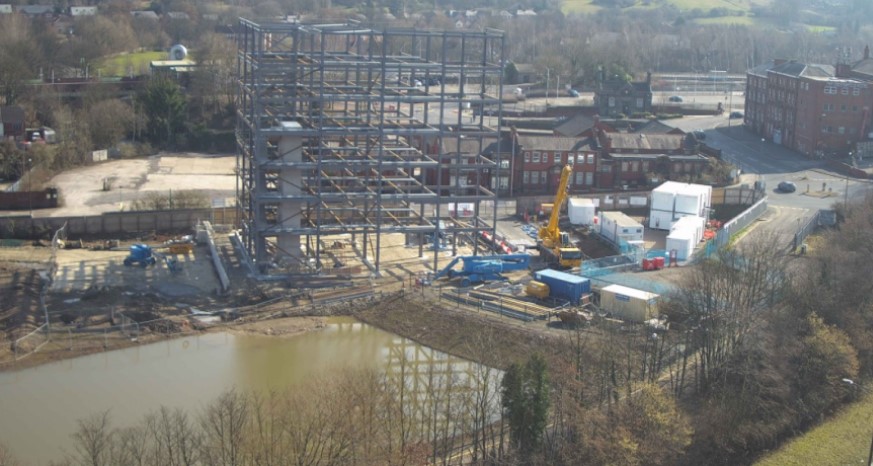 Chesterfield Waterside is an innovative and sustainable £320 million scheme and is currently the 47th largest regeneration project in the UK. The development has risen from the remains of the old Trebor factory and is a major mixed-use regeneration programme to the immediate north of the town centre. The site straddling the River Rother and Chesterfield Canal and alongside the A61 will provide a thriving and successful new part of the town centre.

The grant, which was secured by Chesterfield Borough Council in partnership with developers Chesterfield Waterside Limited, has enabled the first phase of the development’s £75 million Basin Square scheme to be brought forward by the site’s developers.

Avant Homes are progressing with the construction of 173 new homes on the former timber yard site off Brimington Road.

Henry Boot Construction have completed the construction of a new highway bridge which will provide the main access to the homes.

Construction of  the seven storey Grade ‘A’ office One Waterside Place began last year following the securing of a forward funding agreement between Chesterfield Borough Council and Chesterfield Waterside Ltd, as a key strategic investment opportunity for the town.

With the steel frame complete, the building will be made watertight and then the internal fit-out before tenants move in later this year.

Chesterfield-based accountancy firm BHP Chartered Accountants have already committed to occupy a floor of One Waterside Place once complete.

One Waterside Place is part of a wider business and residential offering in phase one of Basin which comprises offices, a hotel, multi-storey car park and build-to-rent apartments, which will be centred around the new canal basin and pedestrianised public realm which will become the new home for the renowned Dame Barbara Hepworth sculpture.

The Chesterfield Waterside development will include: 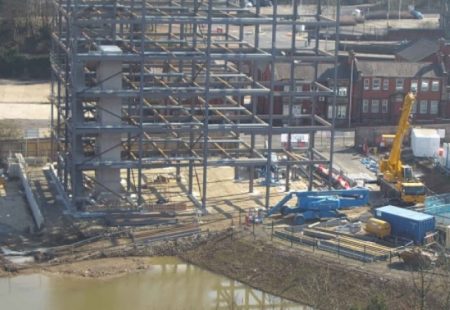 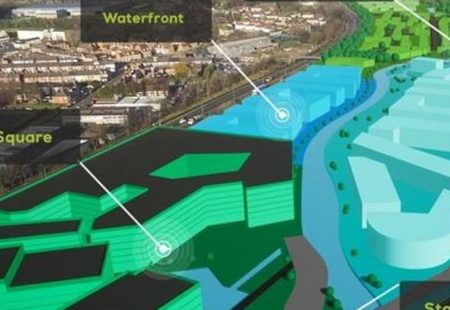 Ahead of construction starting on the new seven storey office block at Chesterfield Waterside on 19 October, Chesterfield’s £340million mixed-use regeneration scheme has been brought to life in a new augmented reality film created by local company Oasis Studio. 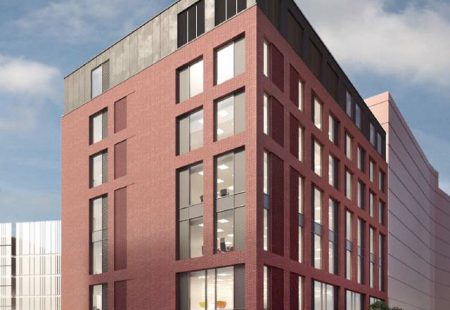 Knight Frank has been appointed to find tenants for office space in Chesterfield’s newest and most long awaited £340m regeneration project. 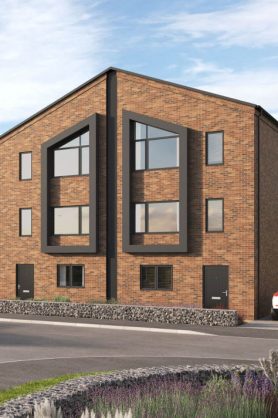 Chesterfield Waterside is currently the 47th largest regeneration project in the UK.