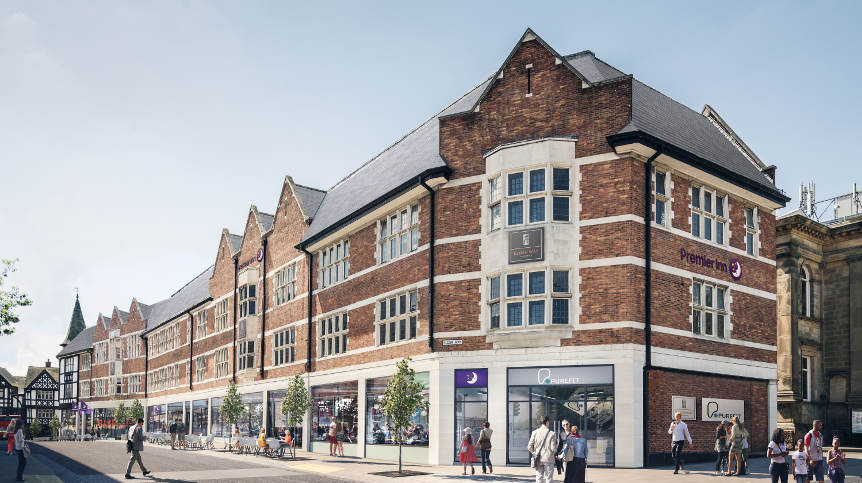 The first occupiers announced in February 2016 were The Premier Inn. Jomast developments began the strip of the former Co-operative department store in late 2017, in advance of a March 2018 start for conversion of the building into an 92-bed Premier Inn hotel, 7 family restaurants and a health and fitness centre. This investment will create 60 jobs.

Completion of the ground floor and basement will follow shortly after this.  7 restaurant/ bar units will be created on the ground floor along with 16,000 sqft of gym/D2 space in the basement.  There will be a new courtyard area for outside eating/drinking as well as outside seating along Elder Way.  The ground floor units will all benefit from new shop fronts/entrances

New restaurant, gym and hotel uses will complement each other in order to establish a destination leisure space and eating quarter.

What will Chesterfield Elder Way (Former Co-op store) comprise of?

The Elder Way project will comprise of:

Download the full details of the Elder Way Development and the commercial opportunities available.

Why Invest in Chesterfield

Find out more about Elder Way

Either contact Hannah Ramsdale and Claire Cunningham at the Economic Development Team at Chesterfield Borough Council on (01246) 345255 or email hannah.ramsdale@chesterfield.gov.uk

or the Agents for the property: 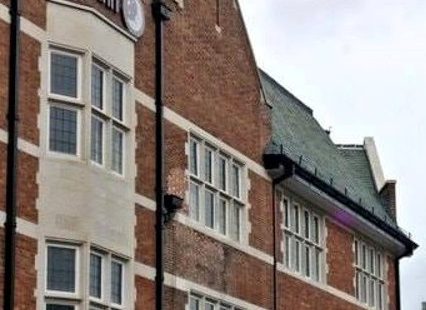 Premier Inn get the keys to new hotel

The multi-million-pound transformation of the former Co-op department store on Elder Way in Chesterfield has been completed by Jomast Developments. 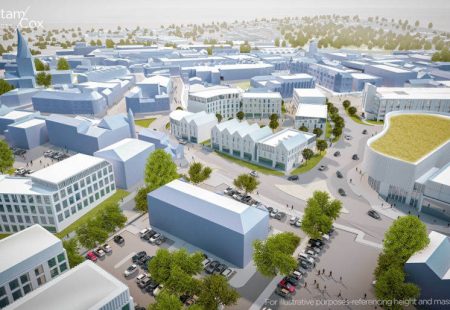 Northern Gateway will transform the Donut roundabout area, one of the main gateways of Chesterfield town centre. 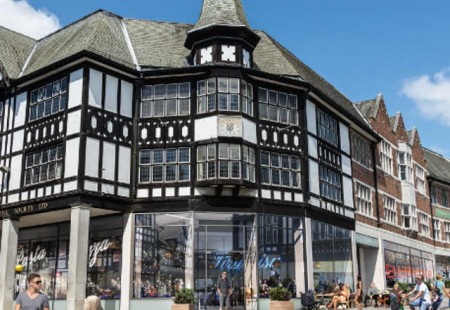 A multimillion-pound project to revitalise the heart of Chesterfield and improve the public space is set to begin. 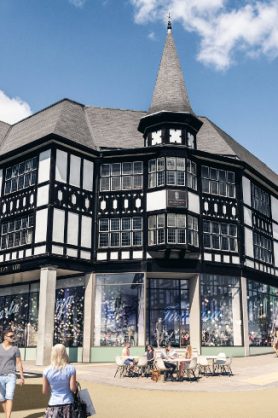 New restaurant, gym and hotel uses will complement each other in order to establish a destination leisure space and eating quarter.