The town’s popular Retail Awards have returned for the second year running. Shoppers are now being called on to nominate their favourite shops and stores across 14 categories.

Organised by Destination Chesterfield, the Awards, which are sponsored by Learning Unlimited – part of Chesterfield College Group, recognise the very best retailers in the town.

Dom Stevens, Destination Chesterfield Manager said: “The success of the 2015 Chesterfield Retail Awards is once again very much in the hands of the general public. They need to nominate in order for retailers to be shortlisted.

“Chesterfield is envied nationally for its retail success. While other town and city centres are struggling, ours is thriving and it’s no wonder seeing the passion, innovation and customer service so many of the town’s retailers are delivering on a daily basis. These awards recognise this.”

This year, retailers can support their call for nominations by submitting a short 20 second video explaining why shoppers should nominate their business. Videos should be emailed to info@chesterfield.co.uk and will appear on Destination Chesterfield’s website, Facebook page and Twitter.

Last year more than 1000 nominations were received from shoppers culminating in 11 businesses being named the very best in the town. Pelican Cycles, based on Old Road in Brampton, scooped awards across four categories, including the coveted Retailer of the Year award.

The cycle shop was opened in 2012 by owner and keen cyclist Neil Armitage. The business achieved a six figure turnover in year one with turnover growing by more than 50% in its second year of trading. On winning the awards Neil said: “We pride ourselves on offering a friendly and personal service. We have created a welcoming informal atmosphere in the shop with the use of touches like an espresso machine and screen showing Tour De France highlights. Because of these touches and our approach to customer service we have developed a loyal repeat customer base.”

Stuart Cutforth, Principal of Chesterfield College explained: “Part of the Chesterfield College Group, Learning Unlimited is delighted to be sponsoring the Chesterfield Retail Awards this year. As a rapidly-growing apprenticeships and training provider, at the core of what we do is both providing people with the skills necessary to succeed in industry and helping businesses prosper and grow as a result of their workforce.

“We work with many local retailers already and the apprenticeships that we offer in relation to retail are growing increasingly popular, such as customer service and sales apprenticeships so we were delighted to get involved with such a key retail awards ceremony in Chesterfield. We hope that we continue to work successfully with more and more local retailers in regard to their staffing and training needs as we look to help grow this area’s economy, giving the community a real boost.”

Nominations open on Tuesday 17th March and close at Midnight on the 6th April 2015 and postcards and posters are being distributed around the town to encourage people to vote online at www.chesterfield.co.uk/retailawards.

Everyone that nominates will be entered into a prize draw to win a three-course meal with wine for two at the Old Post Restaurant, winner of Restaurant of the Year at the Chesterfield Food and Drink Awards 2014.

Following the nomination process a shortlist of retailers will be selected who will then be mystery shopped and scored to decide the winner in each of the categories.  The winners will be announced at an award ceremony held later this year in June.

The 14 categories open for nominations in the 2015 Chesterfield Retail Awards include:

There is also an additional Retailer of the Year award, sponsored by East Midlands Chamber, which will be announced at the awards ceremony.

Other supporters of the 2015 Chesterfield Retail Awards include E-business works and the Derbyshire Times.

There are limited sponsorship opportunities still available if you are interested in becoming involved please contact Dom Stevens on 01246 207207 or email dom.stevens@chesterfield.co.uk 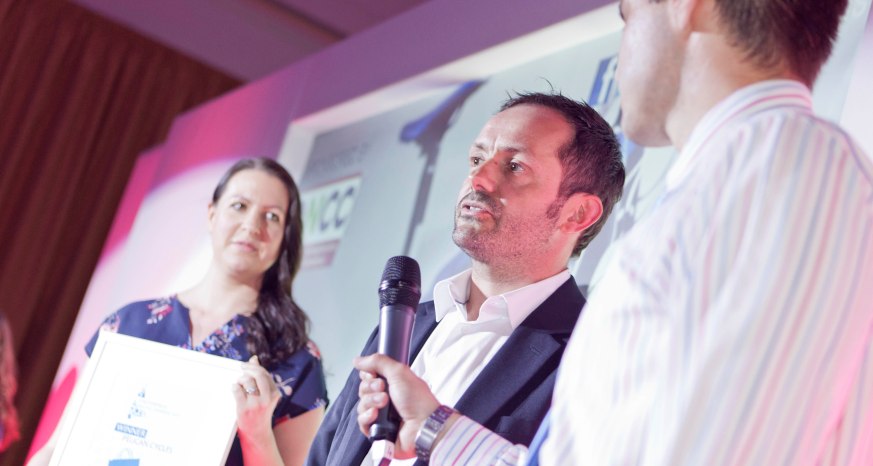