Chesterfield Apprentices from Learning Unlimited (part of the Chesterfield College Group) have been declared the winners of a 4 day challenge designed to celebrate National Apprenticeship Week.

Battling against business students from Chesterfield College, the two teams – LU Mugs Creations and i-Wear Baby Grows were each given £150 to create and sell a product to shoppers at Chesterfield Market.

The most profitable product on the day was a Mother’s Day mug – created by LU Mugs Creations, which raised over £230 for local charity Ashgate Hospicecare.

“It’s been fantastic taking part in the competition. It was great fun selling on the market and seeing the project through from having an idea to raising a good amount of money for Ashgate Hospicecare. Hats off to my team mates who worked really hard in their spare time whilst working during the day on their apprenticeships.”

Runners up, i-Wear Baby Grows raised over £80 of profit which has been donated to Ashgate Hospicecare.

“It’s been so much fun selling on Chesterfield market. To put a lot of what we learn in theory into practice has been such an eye opener. I’d love to do something like this again, we actually had enquiries for further orders so who knows we might take this business further!”

During the week the teams put their business, marketing, finance and production skills to the test, highlighting how apprenticeships can prepare young people for a successful career in business.

Paul Champion, Operations Director from Learning Unlimited said: “Putting apprentices to the test like this proves what they are capable of when they have had the chance to earn and learn in a real business situation.” 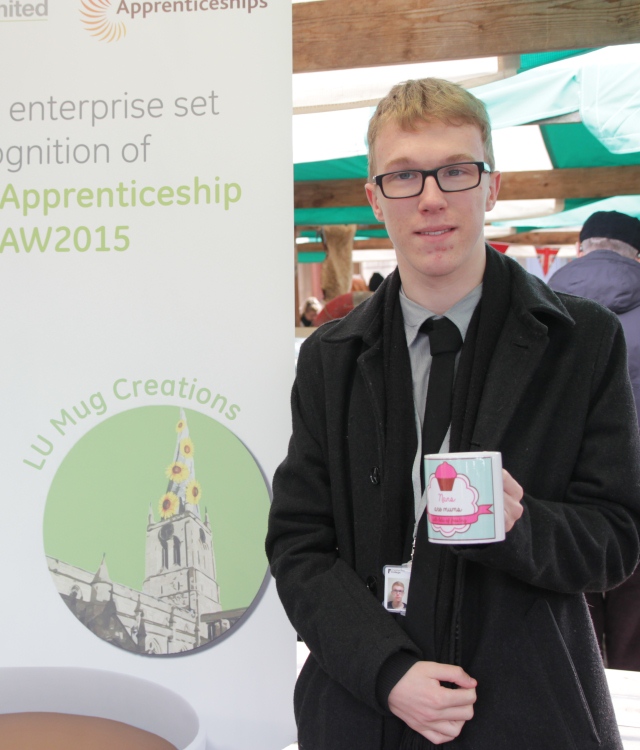