Former Mayor of Chesterfield, Councillor Maureen Davenport and her Mayoral consort, Liz Archer, spent their year in office fundraising for a quiet and reflective space which would benefit patients, staff and visitors – particularly those visiting the NGS Macmillan Centre.

After hearing about the Hospital’s wish to convert one of the outdoor courtyards and having both lost their husbands to cancer Maureen and Liz wanted to help – and raised a wonderful £20,000 in the process. This £20,000 was matched by the Hospital’s charitable funds.

The Mayor’s Garden, situated just off the corridor adjacent to the NGS Macmillan Centre, has been a real team effort and funded solely by raised monies – and created and maintained by a dedicated team of volunteers who have donated their time, talents and efforts.

Garden designer, Lara Behr, who had previously designed the award winning Legacy Garden which had been gifted to the hospital by Tatton RHS Show, happened to be in the area when plans were being made – and offered to help design elements of it for free. Working with Dr Roger Start, Consultant Histopathologist and Clinical Director of Pathology, who had come up with the original idea, and the volunteer team, she created a haven of colour and plants which has drawn staff, visitors (and lots of wildlife!) to the space.

At the opening Roger Start said: “This project has been a trailblazer – we have learned so much from it and we can go onto transform our courtyards and spaces. I’d like to thank everyone involved in creating this wonderful space, it’s fantastic – the garden will be around for a very long time.”

Councillor Maureen Davenport commented: “This is a very exciting moment to see the final result. Thanks to Lara for her design and continued support. I should also like to thank the volunteers who have been involved with planting the garden and watering it – it’s looking fabulous! Thanks to my fundraising committee who have worked hard during our Mayoral year to help to organise the events- without this team we wouldn’t be standing here today. Thank you also to the committee at the Hospital led by Philip Cousins – it was a great pleasure working with him and the rest of the team and they helped to bring our plans to fruition.”

“What we’d like to see now is patients, staff and visitors using this garden in the hope that they will benefit from being in a beautiful quiet place which will provide them with whatever they need.” 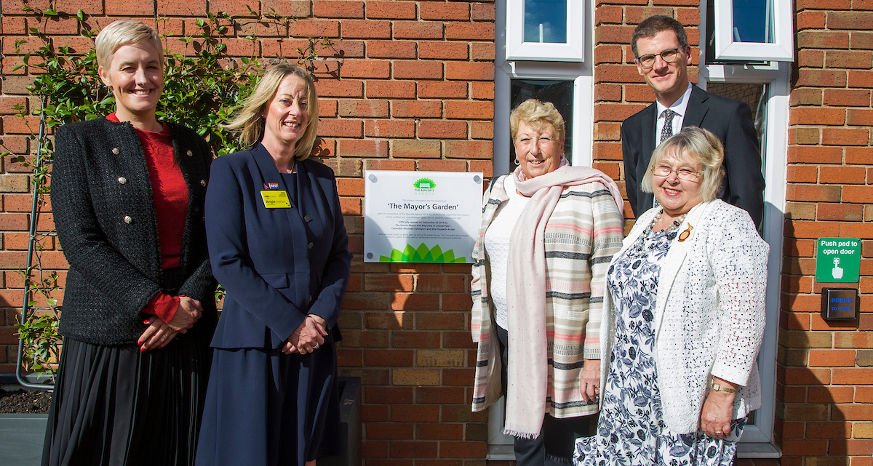 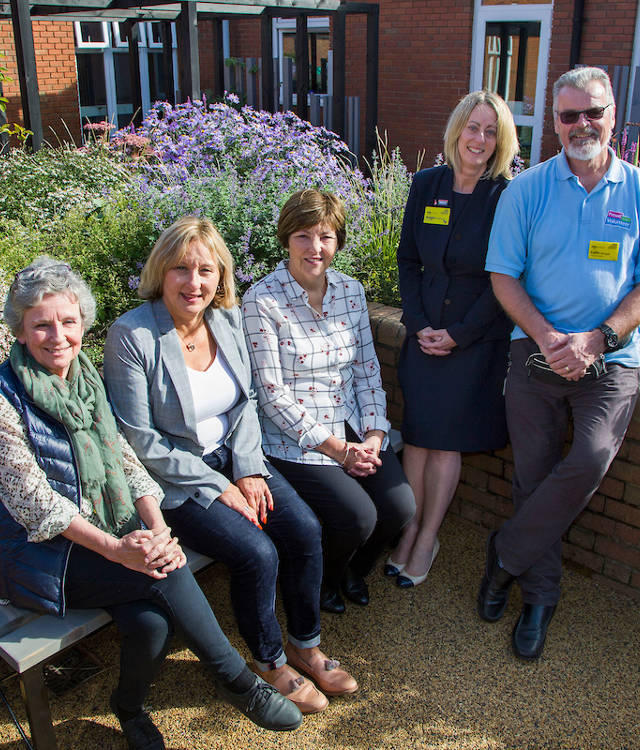