Families can look forward to the return of traditional Christmas fun this year, as an all-star cast is announced for the 2021 pantomime at Chesterfield’s Pomegranate Theatre.

The story of Beauty and the Beast will take centre stage at Chesterfield Borough Council’s historic theatre – a welcome return of traditional festive entertainment after last year’s show was unfortunately postponed due to Covid-19.

Actress, singer and TV personality Suzanne Shaw will star as Belle, with Thomas Redgrave from Britain’s Got Talent Winners Collabro as Gaston and Britain’s Got Talent semi-finalist Andrew Fleming in the comedy role of Philippe Philoppe. Tickets are now on sale for the show, which will run from Friday 3 December 2021 to Sunday 2 January 2022.

Councillor Kate Sarvent, Chesterfield Borough Council’s cabinet member for town centres and visitor economy, said: “We know the pantomime is the highlight of the year for many of our residents and visitors, and it is an annual tradition for many families in and around Chesterfield, so we’re pleased to announce its return this year.

“Like arts venues up and down the country, our theatres have had a really difficult 18 months as we’ve weathered the ongoing impact of Covid-19. We’ve done all we could within the Government restrictions, and now that life is hopefully feeling a little more normal for everyone, we’re delighted to be able to bring our flagship annual pantomime back for our audiences.

“It promises to be a fantastic show and we hope many people will take the chance to get back out and enjoy this family favourite. We will of course operate in line with any Covid-19 advice in place at the time, so people can feel reassured that public safety will be a priority.”

“We’re pulling out all the stops to make this Chesterfield’s most spectacular pantomime yet. As well as a fantastically talented cast, there will be breath-taking special effects, glittering scenery and costumes and plenty of traditional audience participation to keep the whole family entertained.”
Tickets are on sale now via the Chesterfield Theatres website at www.chesterfieldtheatres.co.uk or from the Box Office on 01246 345222.

The Theatre’s Spring Play Season and pantomime are among a great range of events and entertainment on offer across the borough and – as part of the council’s Love Chesterfield campaign – people are being encouraged to rediscover everything the town has to offer, including great live entertainment. 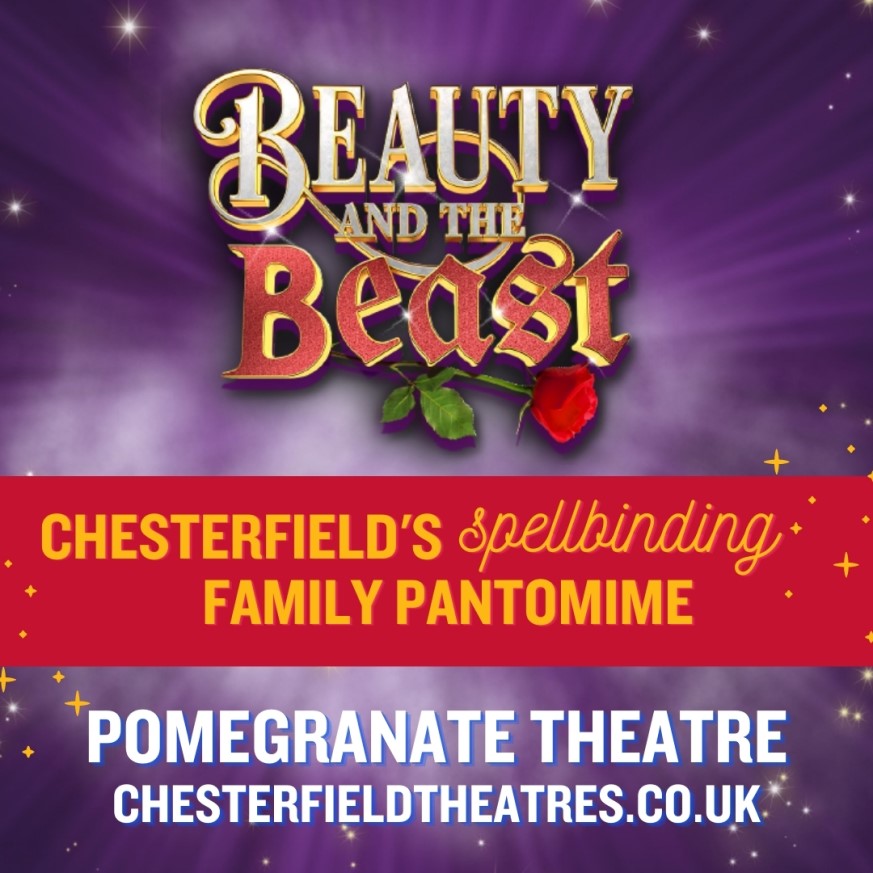 Suzanne Shaw shot to fame in 2001 when she auditioned for ITV’s reality talent show Popstars as they searched for the UK’s next big pop group, Hear’Say. The band enjoyed great success with two albums, four top ten hits, a sell-out UK arena tour and their own primetime Saturday night TV show, Hear’Say, It’s Saturday. Their first single, ‘Pure and Simple’, was the fastest selling non-charitable record in UK chart history, selling 1.3 million copies and going straight to No. 1.

After the break-up of the band in 2002, Suzanne returned to her acting routes. Her numerous theatre credits include Roxie Hart in the West End production of Chicago (for which she was nominated for Best Takeover in a Role in the What’s on Stage Theatregoer’s Choice Awards), Bobby in the remake of Summer Holiday, Narrator in Joseph and the Amazing Technicolor Dreamcoat, Janet in The Rocky Horror Show and Judy in White Christmas.

On TV, Suzanne has been a panellist on Loose Women, presented Bingo Lotto alongside Joe Pasquale, guest starred in The Bill and played series regular Eve Jenson in ITV’s Emmerdale from 2009-2011.

In 2008 Suzanne won the third series of ITV’s Dancing on Ice with her skating partner Matt Evers, subsequently performing on three national arena tours of the show and returning to compete in All-Stars: Dancing on Ice in 2014.

A seasoned pantomime performer, Suzanne has played the title roles in Snow White and Cinderella, Genie in Aladdin, Fairy Godmother in Cinderella and Alice in Dick Whittington but this year’s production of Beauty and the Beast marks her debut in the central role of Belle.

Suzanne is joined by Thomas Redgrave from Britain’s Got Talent Winners Collabro in the role of Gaston.

The world’s most successful Musical Theatre group, the Collabro boys met for their first rehearsal only one month before going on to wow the Britain’s Got Talent judges, Simon Cowell, Amanda Holden, Alesha Dixon and David Walliams, at their first round audition at London’s Hammersmith Apollo.

Their rousing rendition of ‘Stars’; their first public performance as a group; brought both the audience and all four judges to their feet and their overwhelming popularity secured them a coveted spot in the live finals. Collabro went on to win the Eighth series of Britain’s Got Talent with one of the highest majorities in the show’s history.

Millions of captivated viewers watched as Collabro claimed their prize, performing in front of the Duke and Duchess of Cambridge at the 2014 Royal Variety Performance at the London Palladium.

Seven years on, and with a legion of loyal fans; known fondly as the Collaborators; Collabro have gone on to enjoy phenomenal success with six studio albums under their belt and a string of worldwide sell-out tours across the UK, America and Asia as well as supporting both Sir Cliff Richard and Barry Manilow on their recent arena tours.

Also joining the line-up is vocal impressionist Andrew Fleming. A gifted comedian, mimic and vocalist with a warm stage presence and rapier-sharp wit, Andrew reached the season 9 semi-finals of Britain’s Got Talent impressing all four judges with what David Walliams called
“a real signature act”. An experienced pantomime comic, Andrew’s dynamic and high energy physical performances have made him a memorable favourite with audiences all over the UK. 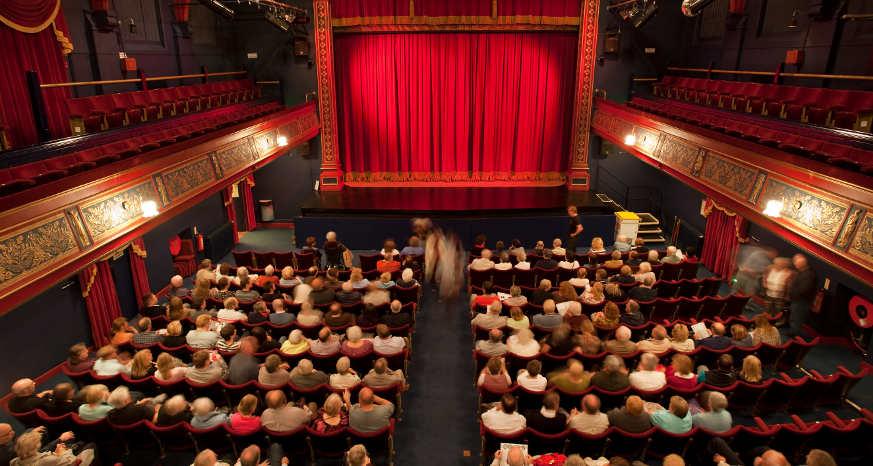 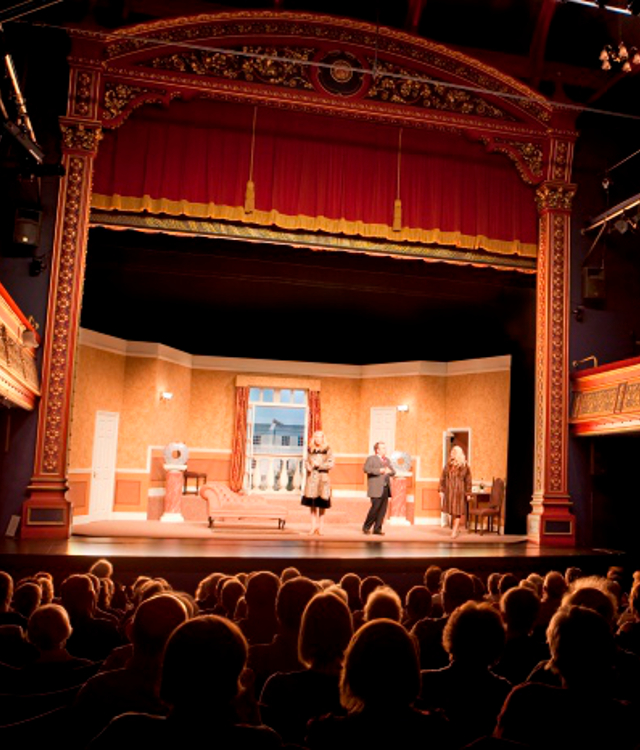