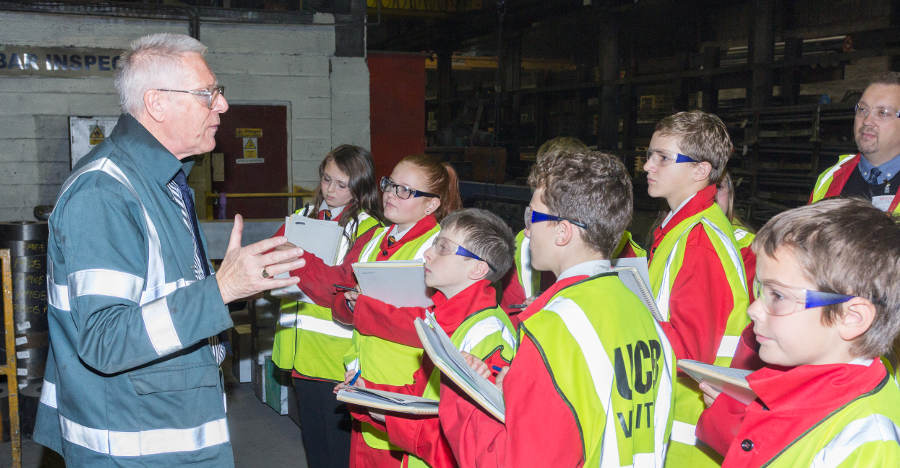 The trip was part of November’s Made in Chesterfield festival which celebrates the local manufacturing industry.  Lucky students were chosen by their teachers for showing enthusiasm and doing good work in Design and Technology lessons. They donned goggles and hi-vis vests for a guided tour of UCB’s foundry, offices and even the boardroom. The company manufactures cast iron bar for use in heavy machinery, wind turbines, submarines, aerospace and more.

The tour was conducted by Mr David Beet, UCB’s relationship manager. He has worked in the steel industry for all of his life and has been at UCB for the last 15 years. He told Tupton Hall students that he ‘loves it’.

One student, Andrew Carter, said: “It was a really good trip because we got to see the different processes like iron being cut and sparks flying off the bar.”“The foundry was dark and we could feel the heat when we got near to the furnace which reaches temperatures of 1050 degrees centigrade. I liked the smoky smells coming from the production line and it was amazing to see the bright molten metal being poured into the moulds.” Another student, James Wilbourne, said: “It was interesting to see all aspects of the business, including the production process, from start to finish.” “I also found it interesting to hear where the raw iron comes from – Russia, Ukraine and Poland. And how far across the world the finished iron bars are exported, to places like India, Sweden, Korea and Germany.”

Students were told of UCB’s latest accolade. It holds the world record for producing the largest cast iron bar with the diameter measuring 750mm x 550mm. They also heard how UCB recycles and uses second hand machinery that would otherwise be scrapped. This saves on cost, helps the environment and still produces a world class product. Mr Beet finished by telling the students that engineers are in big demand. He said trips like this one allowed young people to witness the inside workings of the industry, hopefully inspiring them to explore it as a career. 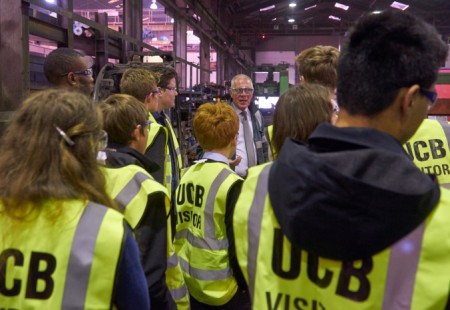 Made in Chesterfield is a celebration of the manufacturing industry in the town.

We are pleased to be back offering tours for schools this year, between 8th November and 26th November 2021. These tours allow students to discover more about Science, Technology, Engineering and Maths careers in and around Chesterfield. 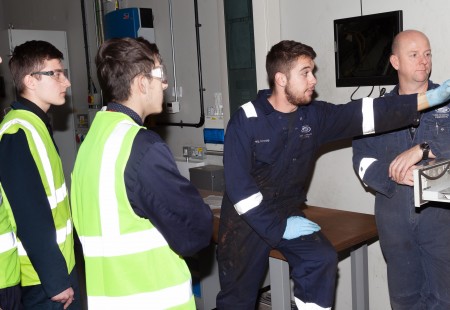 A visit to MSE Hiller for three students from Shirebrook Academy during Made in Chesterfield, proved fascinating and has helped cement their dreams for a career in engineering. 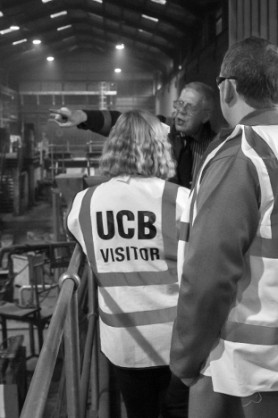 Willow Wells added: “It made me realise how important it is to study languages at school. Many UCB employees need to communicate with people in other countries. We met one person who spoke four different languages!