The United Cast Bar Group of companies was formed in February 1998 by the merger of three of the most prestigious continuous cast iron foundries. Together with their stockists and service centres, UCB moved to the current site in Chesterfield, giving United Cast Bar the potential to grow and prosper.

United Cast Bar Ltd`s philosophy is continuous improvement, and as such are investing in new, modern plant and equipment for the further growth of their production facilities. United Cast Bar (UK) in Chesterfield is an integral part in the future of the United Cast Bar Group.

“Chesterfield is ideally positioned to meet the requirements of the Group due to the availability of raw materials, experienced and skilled workforce, and centrally positioned to supply the UK and our extensive Export Markets.

“United Cast Bar feel our position at the entrance to Chesterfield, can only be an advantage to the group, and as Chesterfield Champions will continue to look for ways to support the local community and businesses wherever possible.” 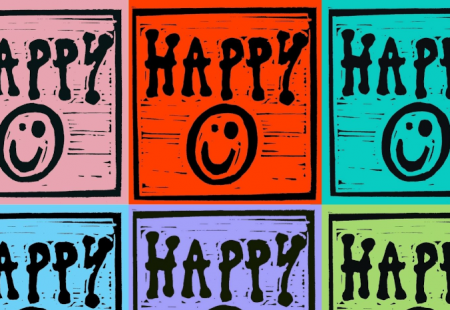 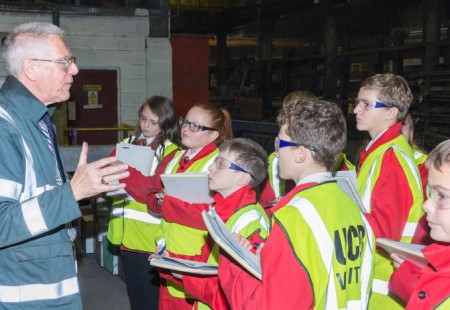 The trip was part of November’s Made in Chesterfield festival which celebrates the local manufacturing industry. Lucky students were chosen by their teachers for showing enthusiasm and doing good work in Design and Technology lessons. 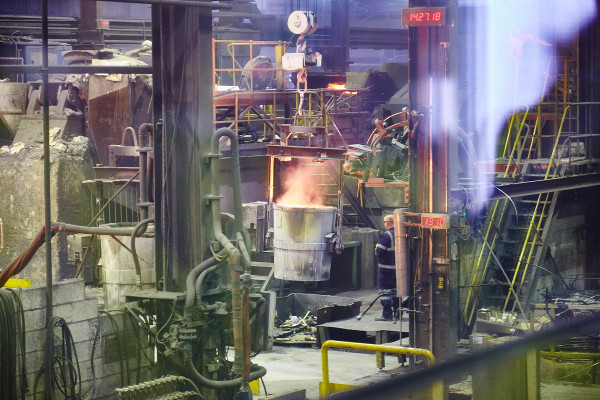