A determined injured runner is set to compete in the Redbrik Chesterfield Half Marathon but instead of running the course she will be rowing!

Stacy Kirton, from Hollingwood, has suffered an achilles injury during her training for the Redbrik Chesterfield Half Marathon, however she is determined to row all 13.1 miles in Queens Park in order to raise money for Ashgate Hospicecare.

Since entering the half marathon in January, Stacy (42), has struggled with multiple injuries but recent damage to her achillies has left her to withdraw from the upcoming event. Stacy contacted the race organisers with her idea to row the course, so she is still able to fundraise for Ashgate Hospice.

With the help of her local gym, who are supplying the rowing machine, she will be positioned close to the finish line with the event starts.

Stacy said: “I was really disappointed I’ve previously done numerous events for Ashgate and there is a real buzz to this race, both in the town and with everyone taking part. I sat thinking what I could do to still raise money and avoid hurting my leg further.”

“I go to a CrossFit gym called The Project and on New Year’s Day every year we do an event called Marathon Row where in teams of three we complete a full rowing marathon, so the idea stemmed from that.”

“I asked if on Sunday 20th October, I could plonk myself on a rower for a few hours so I could cover the whole distance in the gym. It was actually the gym manager who suggested I actually take a rower down to Queen’s Park and once I have rowed 13.1 miles, I could walk across the finishing line and pick up my medal.”

The annual Redbrik Chesterfield Half Marathon has already raised over a £100,000 for charities over the past two years and with participants like Stacy, going above and beyond in raising money for charities including Ashgate Hospicecare and Bluebell Wood Children’s Hospice.

Having already raised £3,000 for Ashgate in 2012 by running the London Marathon, Stacy is inspiring those around her to do the same.

She added: “I have found a willing friend to do the challenge with me. Jess is also a keen fundraiser for Ashgate Hospicecare and we are hoping to top how much we earnt in London.”

“The hospice is one of those places you hope you never need, but one of my best friend’s father fell ill last year and spent a considerable amount of time there. They are a fantastic local charity, which local people benefit from and I am delighted to be supporting them once again.”

John Timms, Event Director at Redbrik Chesterfield Half Marathon, said: “Stacy is a real inspiration and it’s fantastic how she has changed an injury into something positive.”

“It will be great to see Stacy rowing the length of the course on the day and we wish her all the best.”

The 2019 Redbrik Half Marathon will take place on Sunday the 20th of October, starting 9:30am in Queen’s Park, followed by a Peak FM Five Mile Run and Blachford Fun Run. For more information or to enter, click here. 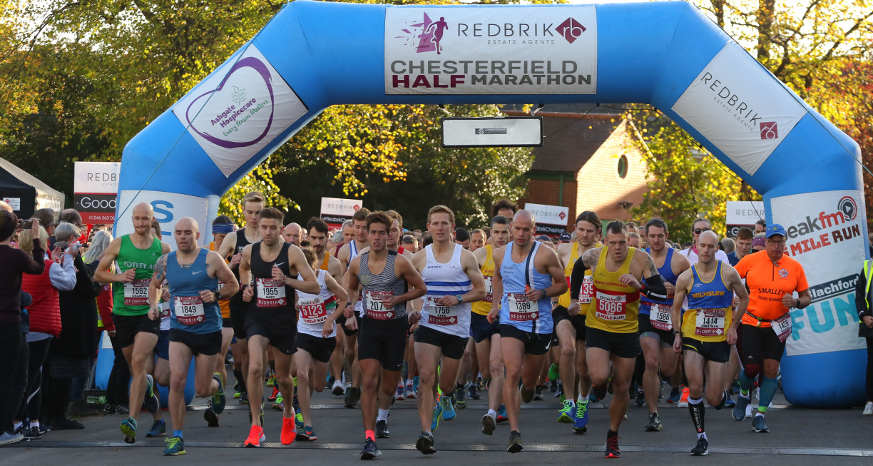 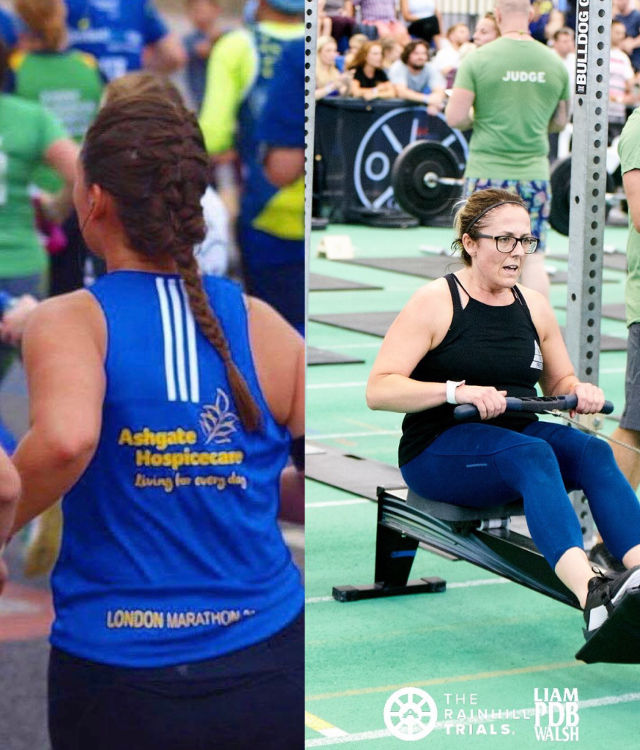