Crow Lane has been closed to general traffic to create a safe route that stretches almost from the town’s train station towards the hospital’s grounds. It means that cycling from the town centre has become easier and safer for commuters, encouraging the use of greener forms of transport. It also links the town centre to closer, existing cycle paths and further afield.

It’s the result of a joint request from the Royal and the Chesterfield Cycle Campaign to Derbyshire County Council to close Crow Lane to traffic at the town end with a view to making it a permanent solution.

A spokesperson for DSFS said: “It’s been part of our site access plan to try and encourage more sustainable forms of transport and the move to close Crow Lane to traffic is fantastic news. We know from consulting with colleagues that more people would be willing to cycle in if it was safe to do so, but cycling up Hady Hill is not ideal.”

“The reason why Crow Lane was the preferred option is because it links to the town centre and other, nearby cycle paths. There has been a large increase in cycling since lockdown and electric bikes are increasing in popularity. To be able to cycle without being impeded by traffic makes it more appealing from a health and safety perspective as well as a safety point of view.”

The route can only be accessed by car via the Calow end for residents and has been done initially as an emergency closure for three weeks. The closure will then become temporary for 18 months with a view to making it permanent at the end of that period.

Derbyshire County Council’s Cabinet Member for Highways, Transport and Infrastructure, Councillor Simon Spencer said: “We’re pleased to have been able to offer a route for people to cycle safely from the middle of Chesterfield to the Royal. We’re making changes to town centres across the county, to make it easier for people to walk or cycle to the shops or places like the Royal.”

It’s the latest in a string of initiatives introduced by Derbyshire Support and Facilities Services for the Royal with the intention of encouraging alternatives to driving and addressing issues surrounding site access.

DSFS added: “We’ve recently opened new and refurbished shower and changing facilities for those cycling, walking or running to work, allowing them to freshen up and change into their work clothes. We have  just launched a cycle to work scheme which does not have the usual £1000 limit, so will enable staff to get an electric bike helping staff to cycle up the hill. We’re also about to improve our bus shelter accommodation and introduced electronic bus timetables to make it easier and more comfortable to get the bus to and from work.”

“We’d like to thank the Chesterfield Cycle Campaign and Derbyshire County Council for working with us and making this happen. It underlines our joint commitment to improving the environment, encouraging greener forms of transport and working on behalf of our colleagues to provide safe and effective, sustainable commutes.” 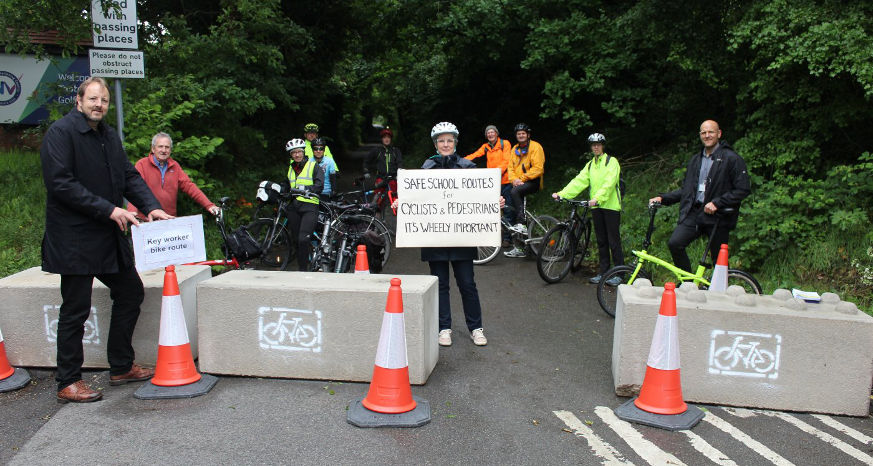 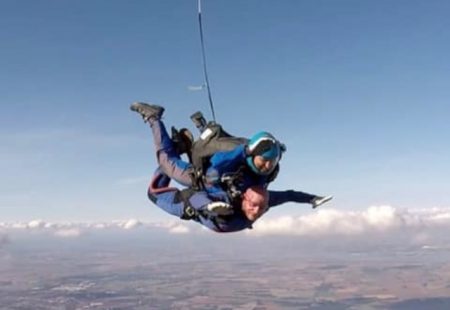 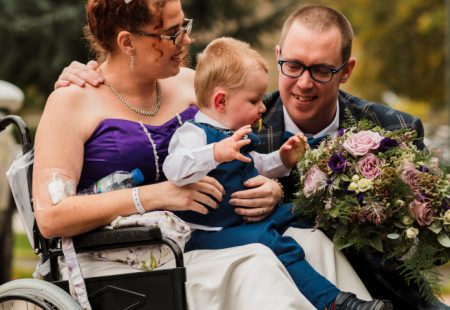 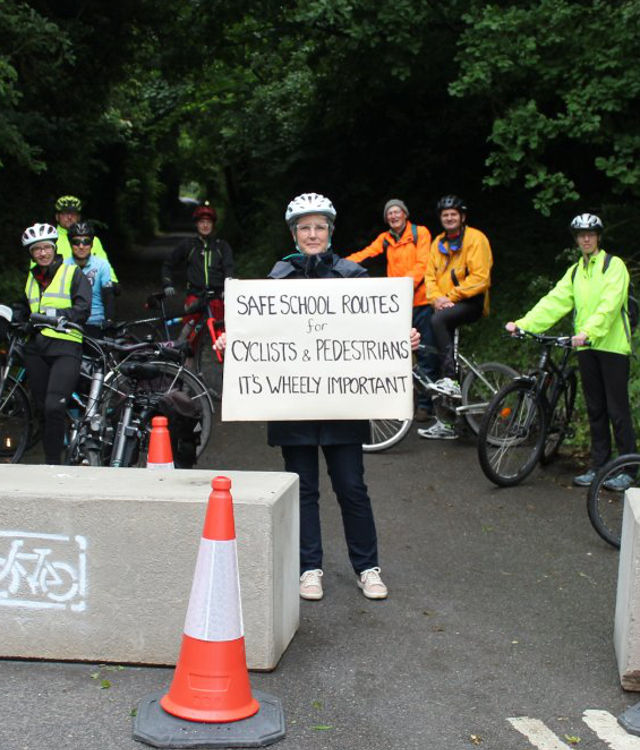