Pupils at Springwell Community College were challenged to create a new logo to capture the spirit of a major project which aims to regenerate their town.

Almost 70 young people submitted their designs to the Staveley Town Deal logo competition, which was launched in September for year seven pupils at the school.

Alex Atkinson was declared the overall winner for his design which incorporated some of Staveley’s most well-known landmarks.

The winning entry was picked by a judging panel which included the Chair of the Staveley Town Board, Ivan Fomin, and Staveley-based design company, Q2 Creative.

Ivan Fomin said: “The winning logo portrayed hope for Staveley with a bright sun, and blended the canal and waterways whilst retaining the history with the winding wheel.”

Alex then had the opportunity to work with Q2 Creative to turn his hand drawn design into a format that would be suitable for use on the official website and on banners and hoardings in and around Staveley.

Lynne Dawson from Q2 Creative said: “We were delighted to be able to help out with the selection and development of the Staveley Town Deal logo. The students’ work was of a really high standard, with some very thoughtful and well-conceived ideas – it was very hard to choose a winner! It was great to work with Alex in developing his idea and explaining the design process and elements that go to make a successful logo. We wish the Staveley Town Deal project every success.”

The Staveley Town Deal Board has been established to oversee the development and implementation of a long-term Town Investment Plan for the Staveley area.

It is made up of elected members and senior officers from Chesterfield Borough Council, Staveley Town Council and Derbyshire County Council, both local members of parliament, representatives from local charitable organisations, Derbyshire Police, education leaders and representatives of the local business community.

Councillor Tricia Gilby, Leader of Chesterfield Borough Council, added: “The Staveley Town Deal will create real improvements that will benefit local people for many years to come. It’s vital that the Town Deal engages young people because it is about ensuring that Staveley is a thriving town with great opportunities where young people can build their future.

“Well done to Alex for his excellent design, and thanks to all the young people who took part.”

As well the opportunity to work with a professional design company and learn how the process works, Alex won a £50 Shopping voucher awarded by Chesterfield Borough Council.

The five runners up were also given prizes of two tickets for a weeks’ membership to the Healthy Living Centre in Staveley or Queen’s Park Sports Centre, to be used in line with government restrictions. 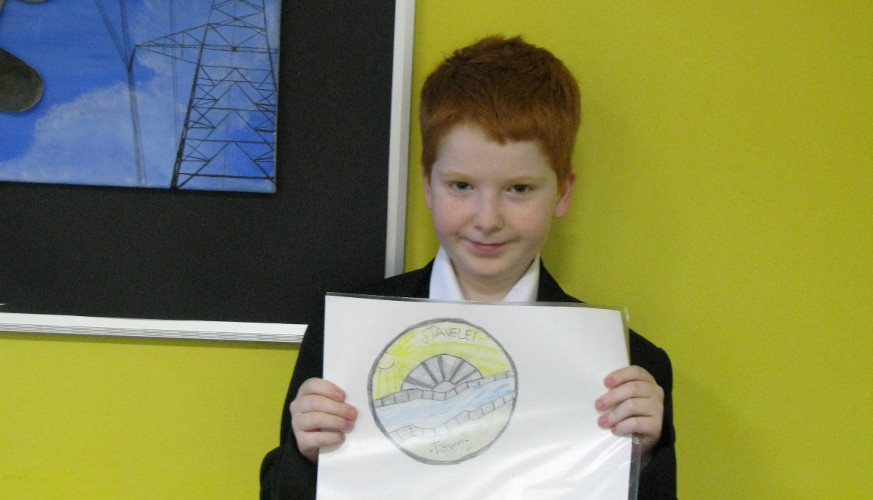