Their award-winning beers are listed as follows :

Roy Allkin, SIBA Chairman commented: “Judges had a tough job separating the pack as the standard was extremely high once again. Lucky beer festival attendees at Nottingham CAMRA Beer Festival were able to try these and other award-winning beers immediately after the competition, something which is great for brewers too as they get to put their beers into the hands of real beer-lovers. The winners from the SIBA competition are officially the best independent craft beers in the Midlands region, something brewers should be extremely proud of.”

The SIBA Midlands Independent Beer Awards judge a huge range of beers across a number of styles in separate cask and small pack (bottle and can) competitions. As the awards are judged mostly by brewers, industry experts and beer journalists the SIBA Independent Beer Awards are very much seen as the prestigious ‘Brewers’ choice Awards’ by the industry.

Chris Radford from Brampton Brewery had this to say on their win: “It’s fair to say we’re all blown away by the success we’ve had at this year’s competition. It’s been a pretty miserable last 18 months for everyone, but none more so than in the Brewing industry and hospitality trade. We’re such a small team down at the brewery, but we’re just passionate about what we do and dedicated as to how we go about it.”

Brampton Brewery was re-formed in 2007 resurrecting a once-proud brewery name that traded successfully in Chesterfield and the North Midlands for well over 100 years until 1955.

The brewery now operates 3 pubs – The Rose & Crown, Brampton; The Tramway Tavern, Brampton and The Glassworks, Sheffield Road as well as licensed premises at the Brewery on Chatsworth Road itself. The Brewery produces a range of award-winning beers in Cask and Keg, as well as small-pack bottles and mini-kegs.

Brampton Brewery supports the marketing and economic growth of the town through Chesterfield Champions, a network of over 190 organisations across Chesterfield and North Derbyshire. 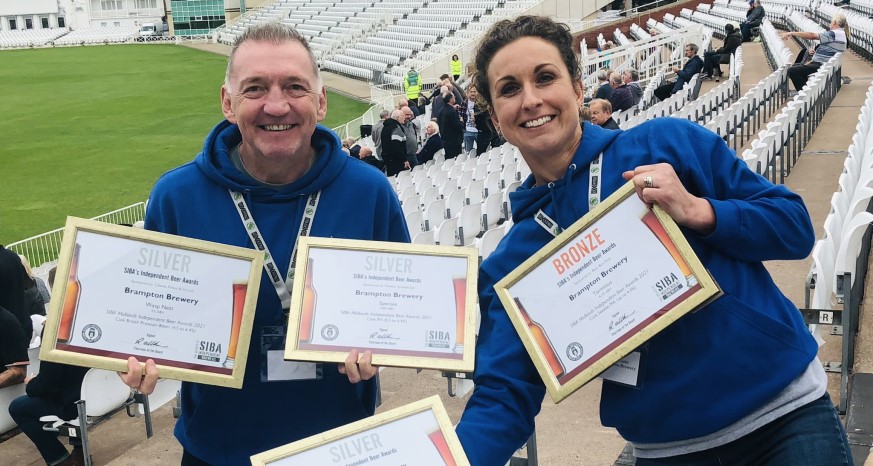