A recent radio station acquisition has seen Chesterfield and North Derbyshire inherit a brand-new children’s charity – Cash for Kids – which will help disadvantaged children across the town and will feature its biggest fundraising campaigns on Greatest Hits Radio.

Whilst the pandemic has had a huge impact on local charities, the team of two at Cash for Kids launched an Emergency Appeal last Spring to help children living in poverty get access to food and basic essentials during the first lockdown, distributing over £80,000 to food banks, schools, refuge’s and other local charities.

In December, despite challenges with lockdown, the charity managed to facilitate its annual Mission Christmas appeal, which collected and distributed toys to over 19,000 children across the Sheffield City Region. The campaign was sponsored by B&M at Ravenside Retail Park and Dronfield Auto.

The pandemic resulted in Cash for Kids having to suspend its traditional granting for projects outside of the Emergency Covid-19 Appeal but the charity has just announced it is now taking applications again via the Greatest Hits Radio website.

Allan Ogle, who has managed the charity for six years and lives in Old Whittington, said: “As a resident of Chesterfield, to announce Cash for Kids becoming an integral part of Greatest Hits Radio is a huge honour for me.

“Last year we provided over £3,500 for children get support with food and basic essentials from our Emergency Appeal and over 2,000 children across Chesterfield were also supported from our Mission Christmas campaign. With the fundraising support from listeners of Greatest Hits Radio, local schools, businesses and volunteers across the Town we can really help enrich the lives of children and families who need it most.”

Alongside its biggest fundraising campaigns Cash for Kids Day, which takes place this May, and Mission Christmas, which launches in November, the charity are seeking the fundraising support of local schools and businesses to help fund grant rounds for multiple projects throughout the year.

Funds have previously been provided to help families, charities and organisations with mental health, autism, special needs, sensory rooms, kit, equipment, IT, beds, school uniform and other basic essentials amongst a long list of other causes the charity supports.

The charity also has vacancies on its Local Executive Board and would like to have a representative from a Chesterfield business. To enquire about this or details on how to support the charity, email allan.ogle@bauermedia.co.uk 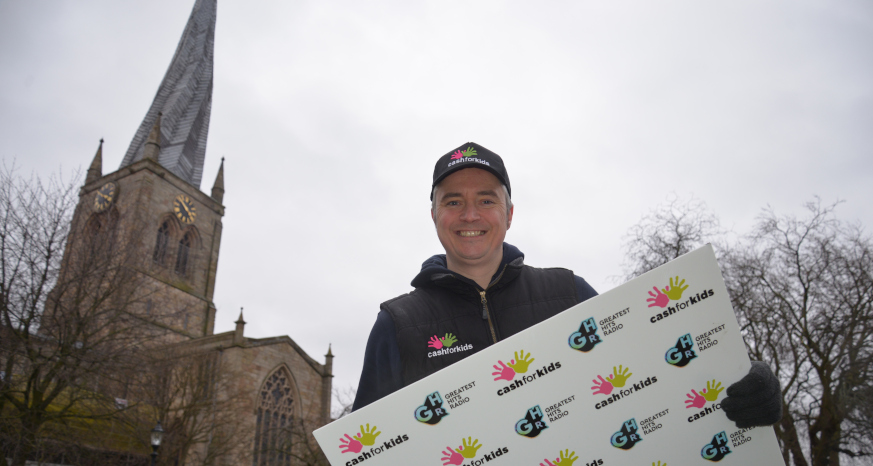