St. Mary’s Catholic Primary School in Chesterfield is currently in the process of constructing a daily mile running track around the perimeter of its sports field. It is hoped the development will help promote health and wellbeing amongst pupils and the wider community.

Once completed, the track will run around the full perimeter of the grassed area of the field and will require 9 laps around it to complete a mile. The surface will be 1.2m wide and be made out of polyurethane bound rubber all weather material.

Rachael priest, chair of the school’s Parent-Teacher Friends Association said: “The field is a large part of the school’s outdoor space (making up almost half the outside play area available to the children) however, the British inclement weather means that it can typically only be used for a few months of the year. The nature of the material will mean that even through the winter months when the field is to muddy to utilise the children will still be able to use the track to complete their daily mile and for other activities.”

“The school is very keen to promote health, fitness and wellbeing and the introduction of the track would be a positive step in encouraging both children and staff to adopt a healthier and more active lifestyle while also improving and enhancing the Schools outdoor environment. The school is eager to adopt the mile as a daily part of the school day and hope, in time, that the completion of the daily mile by each pupil becomes as routine as maths lesson or break time.”

“We hope that the effects of the daily mile will also be felt by the wider community with our pupils becoming positive, confident individuals passing on the message that exercise is good for both body and the mind and encouraging others to embrace a happier and healthier future.”

The school has currently raised £2000 of its £10,000 target through past events and currently have collection points in the classrooms and playgrounds where children can bring in small change and deposit them in a covid secure way.

It is now looking to  affiliate with a local running club in the future and hold sponsored running events with funds raised going towards the track. Other initiatives being planned include ‘sponsor a step,’ where people can help fund the track by buying a virtual step for a fee. In return the sponsors names or nominated names will be displayed on a sign in a similar way to buying a brick projects.

John Cannon of Cannon Events, who host a number of local fun-runs to promote exercise locally, said: “To have a facility like that in the school, for children to exercise every day, will benefit their physical and also mental health enormously and it’ll have a positive effect on their schoolwork as well. It is absolutely priceless. This track is going to make a huge difference.” 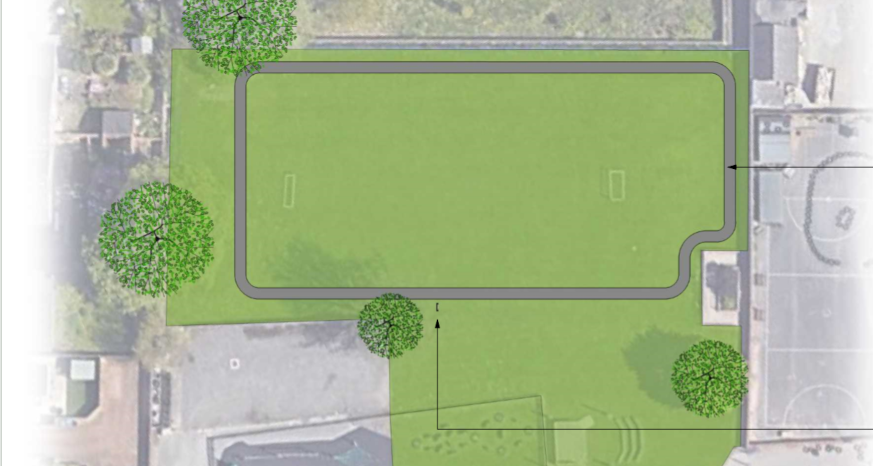 Runners will be taking to streets and parks across the region this weekend (16-18 October) as the 2020 Redbrik Half Marathon Virtual Events take place, offering entrants the opportunity to claim a medal despite ‘real’ event’s cancellation.

Organisers of the Redbrik Half Virtual Events have invited runners across the region to cover the equivalent distance of a Half Marathon, 10km or five miles before then engaging with the event on social media in order to claim a 2020 Redbrik Half medal, after the in-person event was cancelled earlier this year due to Covid-19.

Entrants into the 2020 Redbrik Half Marathon and Five Mile Run who have deferred their entries to the 2021 RedbrikFoundation Chesterfield 10k will receive a medal upon completion of the Virtual Events, as will all those who have entered the 2021 Chesterfield 10k.

Runners can also enter the Virtual Events alone for a one-off fee of £10 by emailing info@chesterfield10k.com.

The event is calling on the local community to come out and support Ashgate Hospicecare and Bluebell Wood Children’s Hospice, the event partners of the Redbrik Half Marathon. Both charities are due to miss out on huge amounts of funds usually pledged by those running in the Redbrik Half – an event which has raised more than £150,000 for good causes to date.

John Timms, Event Director said: “We’re really looking forward to the Redbrik Half Virtual Events – they represent a great chance for those who have missed out on the 2020 Redbrik Half Marathon experience to still claim a medal.

“It’s a fun but safe way of getting involved with the event, and also a crucial chance to raise funds for brilliant charities such as Ashgate Hospicecare and Bluebell Wood Children’s Hospice, both of which have missed out on huge amounts of funding due to the cancellation of events because of the pandemic.

“It won’t quite replace the incredible atmosphere of the Redbrik Half Marathon, but it is our chance to give back to those who supported the event since its inception three years ago, and those who have already pledged their support for the RedbrikFoundation Chesterfield 10k.”

Mark Ross, Managing Director of Redbrik Estate Agents, said: “I noticed how well-received the Virtual London Marathon was recently, particularly when it came to participants still receiving race numbers and medals, so it’s fantastic that the RedbrikHalf Marathon will provide a similar experience despite the ‘real’ event’s cancellation.

“Running an event, albeit virtually, is a brilliant way to generate much-needed funds for great causes such as Ashgate Hospicecare and Bluebell Wood Children’s Hospice, both of which do so much to support the local community.

“We’ve been proud to support the Chesterfield Half Marathon for the last three years and can’t wait to see people take part in this year’s virtual events.”

A key supporter of the Redbrik Half Marathon’s Virtual Events is Chesterfield business Pronto Paints, a leading industrial paint manufacturer.

Pronto Paints Managing Director, David Beckford, said: “With the ‘real’ 2020 Redbrik Half Marathon being called off for obvious reasons, it’s all the more important for local people to get active and stay healthy, both physically and mentally.

“To that aim, this fits with our company ethos of continuing to support the health and wellbeing and physical activity of the community, so we’re really looking forward to seeing people take to the streets across the region and can’t wait to see medals being awarded for all those who take on the Virtual Redbrik Half Marathon.”

Entries are being taken for both the 2020 Redbrik Half Virtual Events and the 2021 Redbrik Foundation Chesterfield 10k. To enter or for more information, visit: www.redbrik.co.uk/events.

As its name suggests, the Redbrik Foundation will be a new charity partner of the 10k event, alongside Ashgate Hospicecare and Bluebell Wood Children’s Hospice.

The Redbrik Foundation is a newly formed charitable trust which will support a number of local organisations each year, primarily seeking to enhance the lives of children and young people, the elderly or vulnerable and those with disabilities. 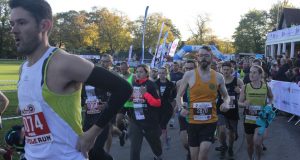