Robert Woodhead Ltd have won the Environmental or Community Initiative of the Year 2022 at the National Federation of Builder’s Construction of Excellence awards.

The company’s ‘Going Beyond Green’  initiative detailed efforts including:

The event took place at the Chelsea Harbour Hotel in London on Thursday 8th April, with attendance from Business Services Director, Tom Woodhead, and Janine Broderick, People Development Director. The company also invited Estimator Scott Wilkinson and Assistant Project Manager Liam Thorpe in recognition for their great work they have done for the environmental efforts of the company.

Scott was instrumental in Woodhead’s support for the community woodland, securing 1,000 trees to be planted as part of the national pathfinding project in Bolsover. You can read more about this initiative here.

Liam completed his dissertation on embodied carbon and collaborated with Woodhead Group client, Nottingham City Homes, to undertake a focus group/presentation with their new build team. He encouraged Nottingham City Homes to consider the impact of embodied carbon in their projects and how to reduce it. Liam’s learning was applied to Woodhead’s Eastglade site, which consists of 106 homes, where the team prevented 116 Tonnes of CO2 from being released into the atmosphere. Subsequently, the carbon footprint of the foundations was reduced by 76%.

Robert Woodhead Ltd supports the marketing and economic growth of the town through Chesterfield Champions, a network of over 190 organisations across Chesterfield and North Derbyshire. 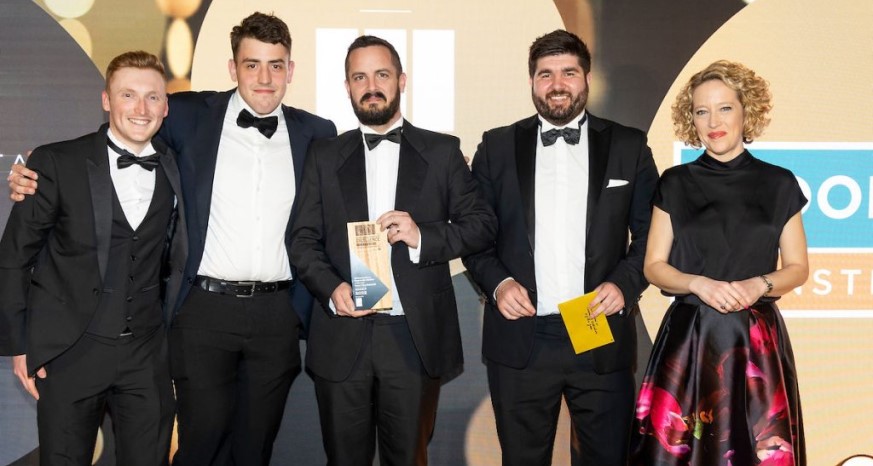