The company ran an online Christmas prize draw to raise funds for the hospice which has been hit hard by the pandemic and then added a £100,000 donation to the £4,865 raised from the competition. It is the second time Designer Contracts has stepped in to help the hospice which provides care and support for families, patients and carers across North Derbyshire.

In 2019 the company gave £100,000 to help fund the hospice’s ‘Three Bedded Bay Appeal’ which was launched to raise money for renovations to its patient bays.

This year’s Christmas prize draw involved contributors making a donation of £3 to enter, with a chance of winning one of eight prizes, including a flat screen TV, Dyson hoover and iPads.

Designer Contracts md, Peter Kelsey, said: “Charities had a really rough ride in 2020 and we wanted to help in any way we could. The hospice has struggled to raise funds as many of its initiatives were cancelled due to the pandemic so our own company fundraising and donations were money well spent for us.

“Everyone over at Ashgate works tirelessly to ensure the hospice is a peaceful and comfortable place for patients and their families so we really hope that this donation will take a little bit of the worry and pressure off the team.”

Barbara-Anne Walker, Chief Executive at Ashgate Hospicecare, said: “Thank you to Designer Contracts and to everyone who took part in their Christmas prize draw. We are thrilled and astounded by their continued generosity, particularly at a time when we are losing money due to the closure of our shops and the postponement of our fundraising events.

“Every pound donated will help to make a difference to the lives of families across North Derbyshire who are living with the impacts of a life-limiting illness. Each year we must raise over £7 million to keep delivering our crucial palliative and end-of-life care services.

“That is a huge amount of money to raise and it is only possible because of the support from generous organisations like Designer Contracts.”

Designer Contracts, which was recently named as a finalist in the 2020 Lloyds Bank Business Awards, operates across 15 UK regional facilities. As well as flooring, the company provides curtains and blinds, furniture and lighting, and operates a showhome interior design services division.

Designer Contracts and Ashgate Hospicecare support the marketing and economic growth of the town through Chesterfield Champions, a network of over 180 organisations across Chesterfield and North Derbyshire. 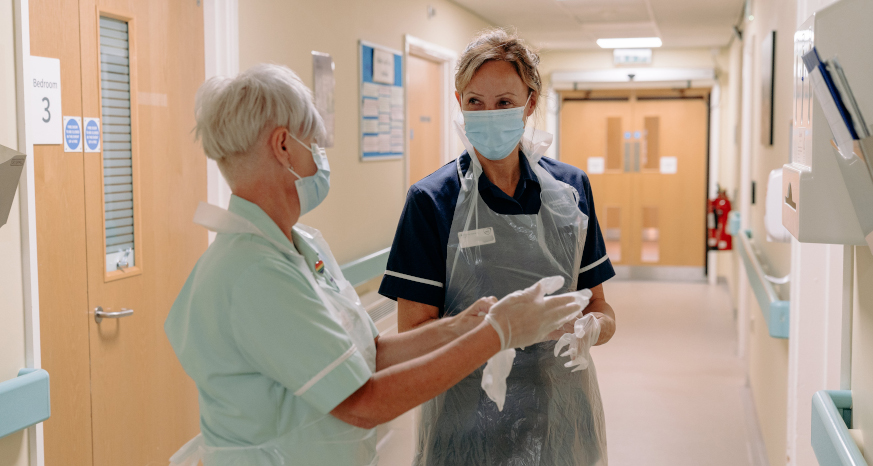