Deckle & Chop has been created by the Corrugated Case Company to help fill the increasing demand for environmentally friendly and recyclable products.

The hand-crafted contemporary goods are made solely from cardboard, with the company initially releasing five designs from its toy range. The team behind Deckle & Chop say they’re now working on introducing new products on a regular basis, following a successful launch of home furniture products in March.

Lizzy Barker, structural packaging designer at Corrugated Case Company said: “Our journey starts over 20 years ago manufacturing standard cardboard boxes for business and commercial use. During our spare time, with our creative minds & understanding of cardboards amazing properties, we designed some pieces for the office and our own homes.

“We soon realised that these needed to be shared with the world and made available for purchase by everyone. We really hope that interest in our business and our products takes off and we are already working on new designs to add to our portfolio.”

Following the launch, Deckle and Chop has created a website and social media pages, in order to showcase the new products. Find out more at https://deckleandchop.com/ or on Facebook.

Founded in 1996, The Corrugated Case Company continues to support a broad portfolio of clients ranging from local businesses to leading national brands — providing packing solutions for everything from products in transit to external customer-facing promotional packaging. The Corrugated Case Company’s products were also featured recently on an episode of the Britain’s Got Talent semi-finals. You can read more about that here.

Corrugated Case Company supports the marketing and economic growth of the town through Chesterfield Champions, a network of over 180 organisations across Chesterfield and North Derbyshire. 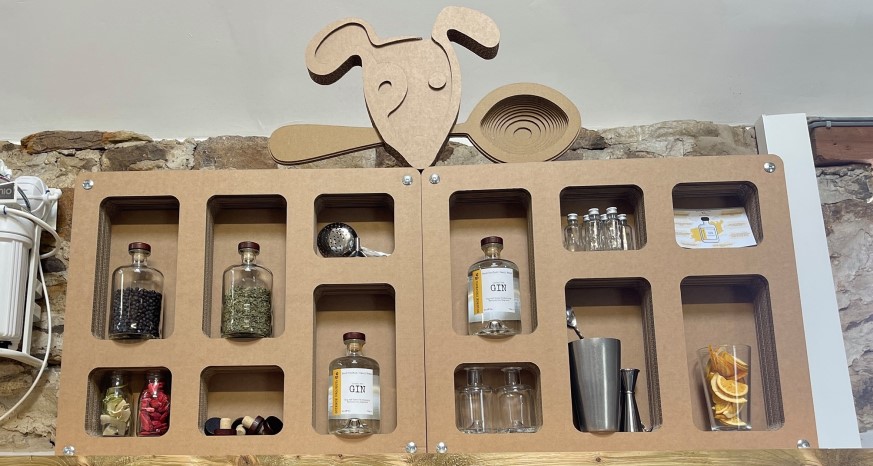 Chesterfield-based packaging manufacturer, Corrugated Case Company were taken by surprise recently, when they found out their products had been featured in an episode of ITV’s Britain’s Got Talent.

The company’s boxes featured in a death-defying stunt during a semi-final episode, which was carried out by The Magic Marine (aka James Stott). The stunt saw the brave magician put his life in the hands of BGT judges David Walliams, Alesha Dixon, Amanda Holden and Ashley Banjo.

Concealed in one of five giant boxes, The Magic Marine asked each of the four judges to release a ton of explosives dangling precariously overhead at random.

You can see the dramatic action in the video below:

Founded in 1996, The Corrugated Case Company is recognised today as one of the UK’s leading specialists in the design and manufacture of corrugated packaging products, establishing a firm reputation for quality, innovation and delivering value to customers. However, the team believes this is the first time their products have featured in front of a national television audience!

Melissa Wilcockson, Technical Sales Manager for the Corrugated Case Company said: “We had no idea our boxes were going to be featured in the act. It wasn’t until a few weeks after the programme aired that we learned the order was shipped to a commercial provider of magical props, which is how they ended up in the hands of The Magic Marine.

“As you can imagine, it was a huge surprise for everybody. Our boxes and packaging have been used in all manner of industries, but this is the first time — as far as we know — they’ve been used for something like this!”

The company also joked in a statement on its website: “We can throw a few shapes here and there on the dance floor, but not much beyond the classic Big Fish / Little Fish / Cardboard Box routine. And as for comedy, well, we think it’s fair to say that joke just now is a prime example to suggest we wouldn’t make it past the front door — let alone the auditions round!”

The Corrugated Case Company supports the marketing and economic growth of the town through Chesterfield Champions, a network of over 180 organisations across Chesterfield and North Derbyshire. 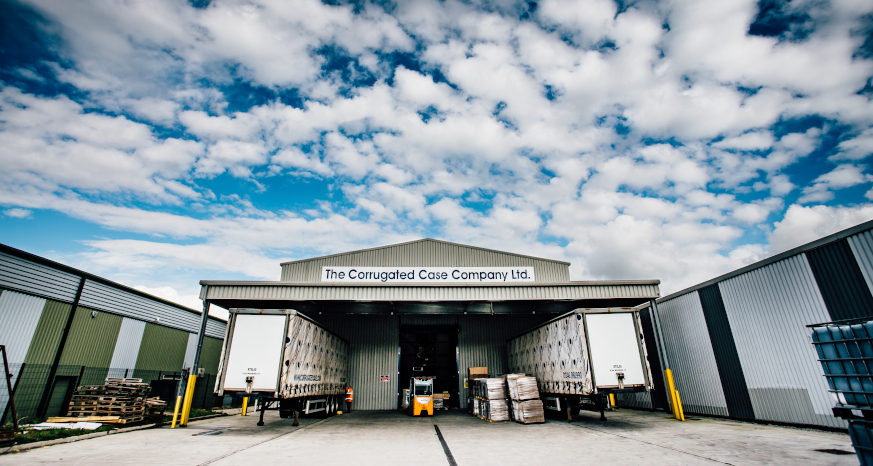