All Systems Go for The Peak District Highland Games 2021

Now in its fifth year, this key Peak District event will see a team of some of the country’s strongest men take part in a schedule of six events throughout the day, including the Eight Tonne Tractor Pull, the Giant Stone Throw, Log Press and the Tossing of the Caber.

This year sees the introduction of women competing in their own Strongwoman event on the day.

Man Beast Strongman Events co-founder Andy Picken said: “It’s great for the guys to be back doing what they do best, bringing the strongman sport to audiences to witness some awesome feats of strength. With women competing this year too, they can demonstrate the same dedication to training and some amazing strength skills, as well as highlighting the diversity in rapidly growing strength sport.”

Abi Bradbury, General Manager of Matlock Farm Park, added: “We’re thrilled to once again be hosting this fantastic outdoor event, which has always been so popular with visitors of all ages. Along with watching the strongman and strongwoman events, and even having the chance to take part in a Tug of War, there’s so much else to do around the farm park, including small animal handling, wallaby encounters and children’s pony rides. We have great play areas and Kimmo the children’s entertainer is with us throughout the day too.”

The day will begin with a Scottish Piper band playing to lead the competitors into the arena, with representatives from the region’s official tourism board Visit Peak District & Derbyshire officially opening the event. On site there will also be food and craft stalls, Thornbridge beer tent and a gin garden.

The athletes themselves come from all over the country holding local, regional and even some world records, with a variety of work backgrounds from tradesmen to a train driver!

Andy Picken, who is also Master of Ceremonies on the big day, explained how the athletes feel about a return to competing: “It’s been such a hard time for the Nation and Lockdown has provided extra challenges to the athletes who have had limited home equipment to maintain strength. But with restrictions easing, they’ve been hitting the gym again with a renewed fire in the belly and they’re feeling very excited at the prospect of The Peak District Highland Games. Some have even got their own Caber to train with!

“With some new faces in the line-up, we have shaken up the competitors which gives some hungry fringe contenders a chance to shine and take on the established athletes. It’s certainly going to be a day to remember to those spectating!”

Tickets on sale now – Find out more about the event here.

Matlock Farm Park supports the marketing and economic growth of the town through Chesterfield Champions, a network of over 180 organisations across Chesterfield and North Derbyshire. 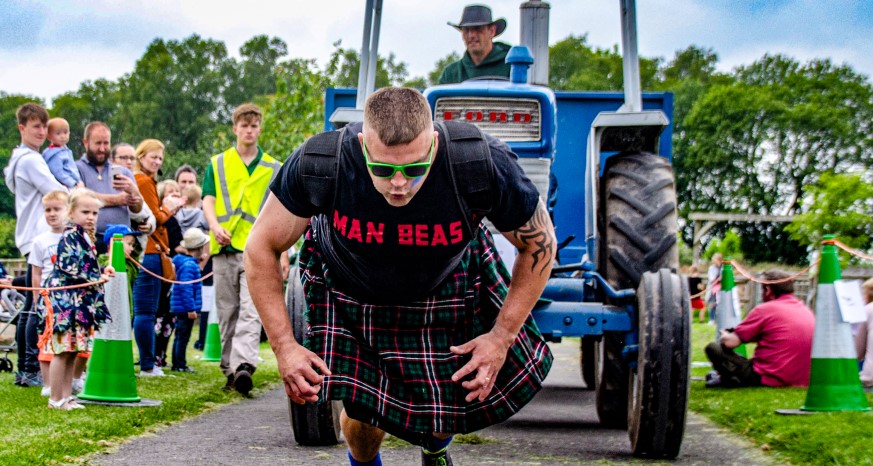 The largest bouncy pillow in the UK is now open to visitors at Matlock Farm Park, following the attraction’s recent reopening.

Visitors have been welcomed back to the park since covid-19 restrictions were relaxed earlier this month, giving families their first chance to see and feed the wide variety of animals being looked after

The huge jumping pillow is the latest addition to the Park, which offers indoor and outdoor play areas, both of which have been carefully designed with younger children in mind. The outdoor play area features a wooden pirate ship, slides and climbing areas, with a large sandpit, Wendy house and sit-on original tractor.

Lotty Hawkins, Assistant manager at Matlock Farm Park said: “We’ve been so keen to have a new outdoor play area for a while to provide an even better day out to our customers and whilst it’s been a very tough year financially with the closure, we decided to really go for it and buy the UK’s largest Jumping Pillow! It’s a been a huge hit with visitors.”

The attraction recently gave people a sneak preview on its social media channels, by releasing some drone footage of the new pillow:

Currently staff at the park aren’t allowing children under the age of two years to use the pillow at regular times for safety reasons, but there will be opportunity in the park’s parent and toddler mornings which run during term time, Monday-Friday between 10:00am-11:30am.

The park also has a variety of events taking place throughout the summer for all ages, including an interactive reptile weekend and birds of prey day. In addition, The Snow Sisters and The Big Bubbleman will also be paying visits to the park on selected dates in May and June.

Matlock Farm Park supports the marketing and economic growth of the town through Chesterfield Champions, a network of over 180 organisations across Chesterfield and North Derbyshire. 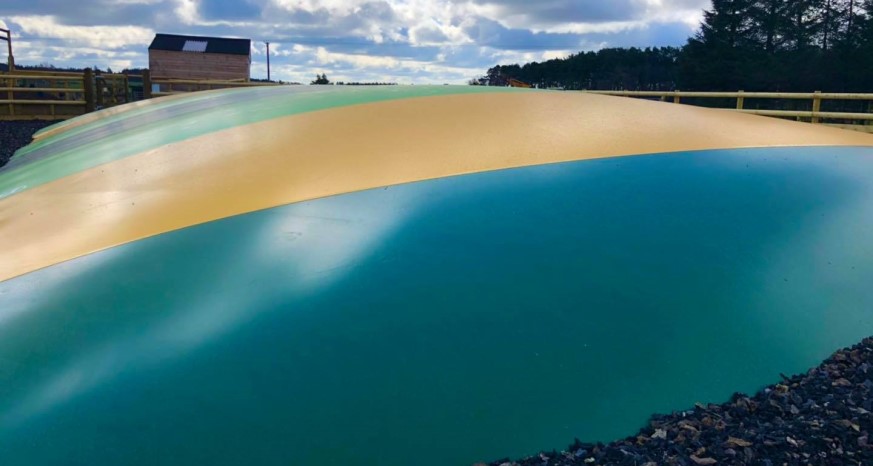