Leading independent accountancy firm BHP has strengthened its tax team with the appointment of Carla Horsfall as a VAT Director.

Carla joins BHP from Hart Shaw Accountants where she trained as a Chartered Accountant after graduating from Sheffield Hallam University in 2006. After spending four years in the audits and accounts team at Hart Shaw, Carla moved into the tax team in 2010 and began specialising in VAT.

The BHP tax team now consists of six VAT specialists, including Amar Zaman who was recently awarded the Chartered Institute of Taxation Wreford Voge Medal for achieving Distinction and the highest mark in the country in the CTA Advanced Technical Paper on Cross-Border Indirect Taxation.

Carla, who will work across Yorkshire and North Derbyshire, said: “The experience of the VAT team at BHP really appealed to me, they have a wealth of knowledge, and I was keen to focus purely on VAT rather than a mix of everything as I had been doing in my previous role.

“I already feel so welcomed by the team and the firm has a real family feel to it which was important to me.

“I’m looking forward to becoming a core part of the team and developing further in my role.”

Joint Managing Partner, Lisa Leighton, said: “Carla brings with her brilliant experience and knowledge, and she will be a great addition to our growing team.

“We pride ourselves on the depth of knowledge of our VAT team and our ability to offer complex specialist VAT advice to our client base.

“Investing and developing our fantastic talent pool and supplementing it with experts like Carla is a key part of our strategy going forward.”

BHP has been ranked the second-best accountancy firm to work for in the UK, and the 35th best company to work for across Yorkshire and the Humber in the Best Companies survey 2021.

The independent accountancy firm is made up of over 350 professionals and 37 partners working across a wide range of specialities including audit and assurance, consulting, corporate finance and taxation.

BHP supports the marketing and economic growth of the town through Chesterfield Champions, a network of over 190 organisations across Chesterfield and North Derbyshire. 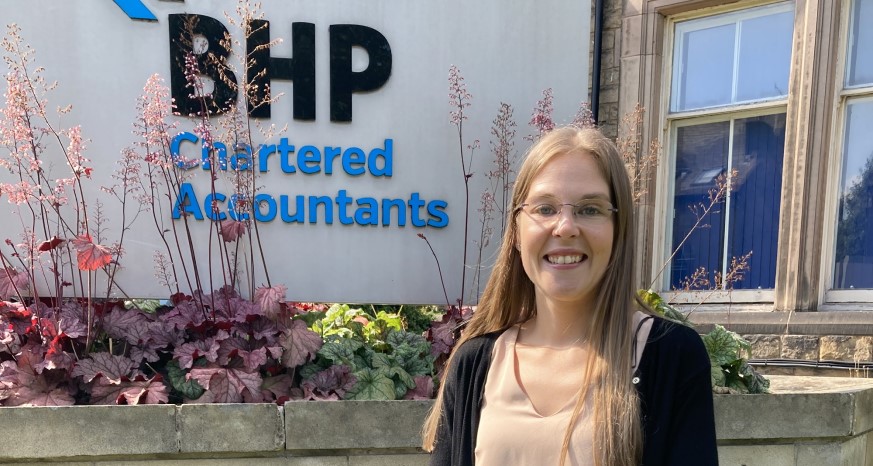 The first nomination is for the Tax Service Award, which celebrates accountancy firms in Yorkshire who’ve stood apart from the competition through their technical ability and innovation in delivering tax services to clients.

BHP’s second nomination is for Support Staff of the Year, which celebrates the region’s most dedicated support staff or team working in IT, HR and other areas, whose exceptionally high standards contributed to the accountancy firm’s success.

Now in its fourth year, the Yorkshire Accountancy Awards celebrates the achievements of the region’s best and brightest from firms of all sizes, working with clients both locally and internationally. The event will be held on the 8 July at the New Dock Hall in Leeds.

BHP hope to build on their previous run of success at the awards, which includes Paul Winwood being recognised as Partner of the Year in 2020, as well as the accountancy firm’s win of Mid-Tier Firm of the Year and Best Employer of the Year back in 2019.

“We’ve had to overcome some tremendous challenges over the past year to succeed as a business, and that wouldn’t have been possible without the hard work of our IT team, who went above and beyond in ensuring BHP was not just fully functional during a sudden transition to remote working.

“Through their use of best-in-class technology solutions, they did not just keep the lights on but ensured that we could continue to offer clients and staff the high-quality experience they have come to expect from us.

“I’m also incredibly proud of all the colleagues within our tax team, whose pro-active approach to business tax planning throughout these difficult times has led to continued success for our clients.” 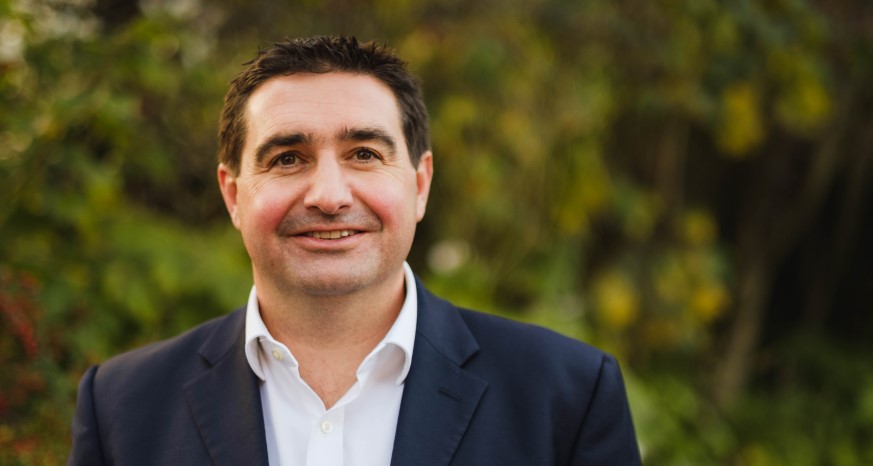 Local accountancy firm BHP has announced plans to open a new office in the Chesterfield Waterside development – one of the UK’s largest regeneration schemes.

The move to the innovative and sustainable £320 million Waterside scheme will allow for the expansion of the BHP team as they actively recruit in a number of roles.

Construction of the seven storey Grade ‘A’ office building, One Waterside Place, began last year. The steel frame is now complete, and the building will be made watertight and undergo an internal fit-out before businesses move in later this year.

Joint Managing Partner, Lisa Leighton, said: “Despite the wider economic uncertainty of the past year, our team has continued to grow, and Chesterfield has always been an important location for us.

“Waterside is a fantastic regeneration project and offers us a really exciting opportunity to provide first class office facilities for our team and also get behind transformational investment in the area.”

Built across 16 hectares on the edge of Chesterfield town centre, the development will transform the remains of the old Trebor and Arnold Laver factories and create a thriving and successful canal-side environment. The site will include housing, shops, bars, a hotel, an outdoor event venue, an ecological park and a canal basin marina.

With both the commercial and residential elements underway, Chesterfield Waterside is already becoming an enviable address to live and work.

Lisa Leighton continued: “Going forwards we expect most of our teams to adopt a seamless blend of office and home working in which the office will be a place for collaboration, sharing ideas, meeting clients, and for all our people to grow and develop.

“The building will be set within an attractive landscaped area and connected to a high-quality public square featuring the newly constructed canal basin.

“As well as state-of-the-art work space, we’re planning on off-setting our carbon footprint across the whole office and staff will benefit from commuter friendly walking and cycle paths, as well as good access to Chesterfield’s mainline train station.

“It is a hugely exciting time for our Chesterfield team, and we’re continuing to recruit in this area, so we would urge people to get in touch if they’d like to find out about the roles available.”

BHP has had a presence in Chesterfield since 1991. The company also has sites in Sheffield, Cleckheaton, Leeds, and York.

With more than 350 staff, over the last ten years, BHP has increased turnover from £8m to over £22m.

BHP was ranked 84th by the Sunday Times 100 Best Companies to Work For list for the second year running in 2020. The hard-fought and nationally celebrated list, which is now in its 20th year, recognises the very best in employee engagement around the country. 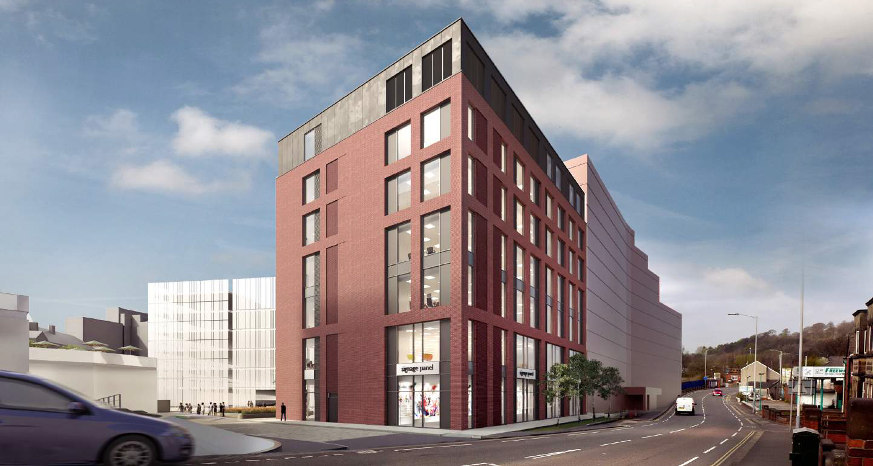 Building on 18-months of increased deal activity during a global pandemic, BHP Corporate Finance has bolstered its headcount with Will Sykes moving into its M&A advisory team and Mathew Oldfield into Transaction Services. This closely follows significant growth in team numbers in recent years, including two partner appointments in 2019.

Following a successful year’s internship with BHP Corporate Finance in 2018, Will completed his degree at the University of Leeds before joining the firm as part of its Graduate Recruitment Scheme. With a year’s post grad experience in BHP’s audit and tax teams under his belt he has now joined Corporate Finance on a full-time basis.

Mathew followed a similar route, training and qualifying with BHP’s audit team before switching to his new Transaction Services role in November 2020.

BHP Corporate Finance has a wide range of expertise across M&A, Transaction Services and SPA advisory, with seven partners and three directors leading these specialist service lines. The firm also boasts one of the region’s largest corporate tax advisory practices.

This expertise has recently been put to good use advising Greenhous Group on its disposal of Smart Fleet Solutions to highly acquisitive online automotive dealer Cazoo, and YFM Equity Partners’ investment in marketing automation platform Force24.

Other recent deals include Foresight Group’s investment in Sheffield-based M.R. Machine Knives, and engineering service and support group Pharos on the disposal of its power generation division to RSK Group.

Kevin Davies, partner at BHP Corporate Finance, said: “I’m tremendously proud of the way our team has adapted, expanded and succeeded in spite of the unusual times and the differing challenges that all businesses are currently facing.

“With the numerous talented and dedicated individuals that have recently joined us we’re confident that we will have another strong year with a team fully-equipped to meet the increasing demands of the deal-making environment.”

Martin Athey, Transaction Services Partner, added “These recent recruits not only demonstrate BHP’s commitment to nurturing and developing its people, but also highlight the specialisms, expertise and strength in depth across all of our service lines”.

Find out more about how they can assist here: https://bhpcorporatefinance.co.uk/

BHP supports the marketing and economic growth of the town through  Chesterfield Champions, a network of over 180 organisations across Chesterfield and North Derbyshire. 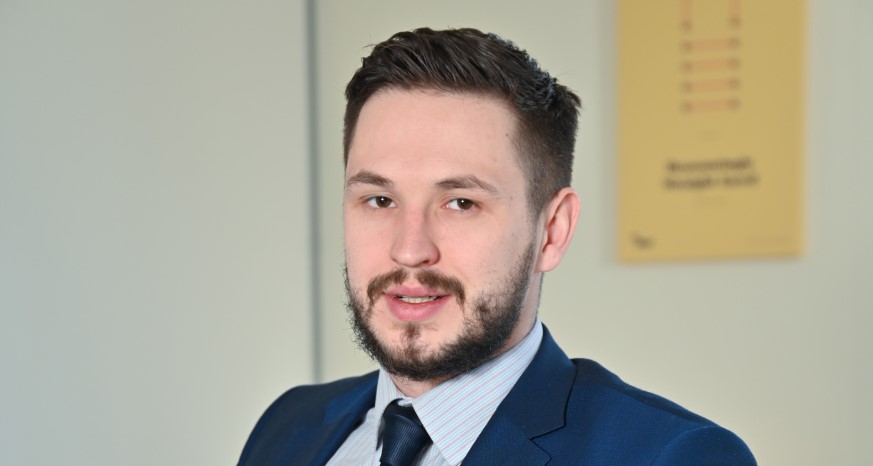