DBCP has further strengthened its technical support team with the appointment of Natalie Hague.

Bringing more than 20 years’ experience in customer service to the role, Natalie joins DBCP from Dunston Innovation Centre in Chesterfield, where the building control company is based. Natalie’s new role with DBCP means she now just works two floors above where she was based with her former employer.

Margaret Pratt, Business Operations Manager at DBCP who heads up the technical support team, was impressed by the friendly and warm welcome she received each day from Natalie so had no hesitation in offering her the new role.

Natalie jumped at the chance to work in a completely new industry with the opportunity to gain new qualifications. She commented: “I was moving house and noticed the address on the building control documents was DBCP, which is based in Dunston Innovation Centre. I went upstairs to see if the guys at DBCP could help and, since then, I’ve just been really intrigued by the industry.

“I’m going to be doing my LABC qualification soon to give me a wider understanding of building control and that should really help me on a daily basis. It’s a career change and an exciting new challenge but there are lots of transferrable skills from my previous roles – there’s a strong focus on customer service and I’m familiar with a lot of the IT software too.”

On a day-to-day basis, Natalie will be handling data inputting, answering the phone and booking building inspections for builders and property owners.

David Pratt, Building Control Manager at DBCP is delighted with the appointment: “We’re thrilled to welcome Natalie to the team, our technical support team is the core of the business and offering great customer service is what we’re all about. We’re always looking to grow the team, creating jobs for local people and investing in our staff.”

Outside work, Natalie has a young family and enjoys spending time with her five-year-old daughter Nicole. She also loves international travel, visiting America, Dubai, Abu Dhabi, Mauritius and the Caribbean.

If you’re planning any construction projects and would like to discuss how DBCP can support you, please contact our friendly team of experts for advice and information on 0333 880 2000 or visit dbcp.co.uk. Or, if you’re looking for a career in building control, we have vacancies for a Senior Building Control Surveyor and Customer Services Administrator. Please visit dbcp.co.uk/careers to find out more.

DBCP supports the marketing and economic growth of the town through Chesterfield Champions, a network of over 200 organisations across Chesterfield and North Derbyshire. 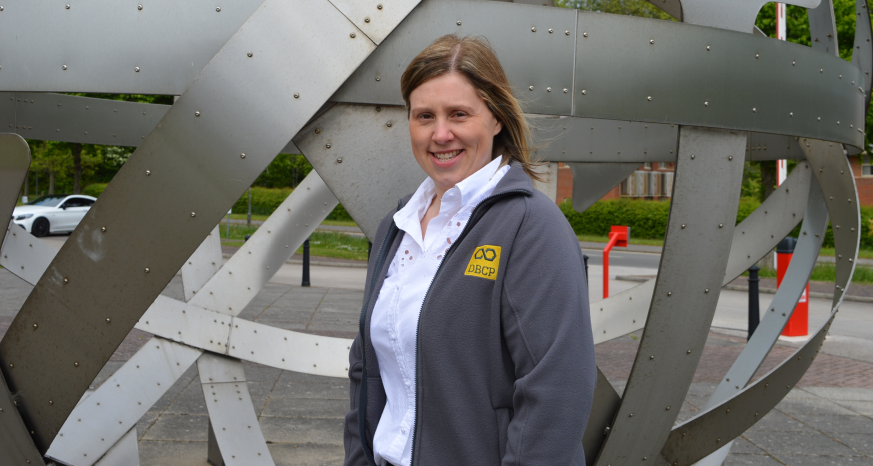 With energy prices on the rise, people are turning off their heating to save money. However, it could end up costing them more long term.

Derbyshire’s building control services provider, DBCP, is urging people to try and keep their heating on and not block ventilation in their homes, as they risk causing damp and mould problems which are damaging not only to the fabric of a building but also pose a health hazard.

Building Regulations require all new buildings and alterations to existing buildings to include damp proof courses where walls and floors are in contact with the earth. However, damp proof courses do not protect the building from internal moisture build up caused by condensation which can damage plaster and paint, as well as lead to window frame decay.

A family of four generates around 280 full buckets of moisture on average per year through everyday activities such as cooking, showering, drying clothes and even breathing. In new build homes, the problem is worse as up to 8,000 litres of water (about 800 full buckets) may be included in mixtures and materials and will take up to two years to evaporate.

If excess moisture cannot escape, then it can also become a health hazard. Moulds produce allergens (substances that can cause an allergic reaction), irritants and, sometimes, toxic substances.

According to the NHS website, inhaling or touching mould spores can cause an allergic reaction, such as sneezing, a runny nose, red eyes, a skin rash and even asthma attacks. Babies, elderly people and those with respiratory and skin problems or weakened immune system are among those affected the most.

David Pratt, Building Control Manager at DBCP explained: “To conserve heat as we try to manage our energy bills, people can be tempted to block all draughts, like covering an air vent, in an attempt to make their homes warm. However, it’s important to ensure that air is able to circulate in order to maintain a good moisture balance. If there isn’t a good moisture balance in then it will cause damp and mould problems in your home.”

To ensure you have a moisture-balanced home, David recommends five simple steps:

David added “Dampness and mould in properties has always been an issue and it’s partly due to the cold climate we have here in the UK. Fortunately, there are many low cost and free solutions we can put in place to tackle the problem and ensure we all maintain a healthy, moisture-balanced home. However, if you are worried about moisture build-up, damp, mould or any other issue with your property, seek advice from a property maintenance of construction professional.”

This collaboration has created the most effective and efficient service to deliver building control requirements throughout Derbyshire and Staffordshire Moorlands.

If you’re worried about potential structural damage caused to your home by damp, get in touch with DBCP’s team for advice, by calling 0333 880 2000 or via the website – dbcp.co.uk.

DBCP supports the marketing and economic growth of the town through Chesterfield Champions, a network of over 200 organisations across Chesterfield and North Derbyshire. 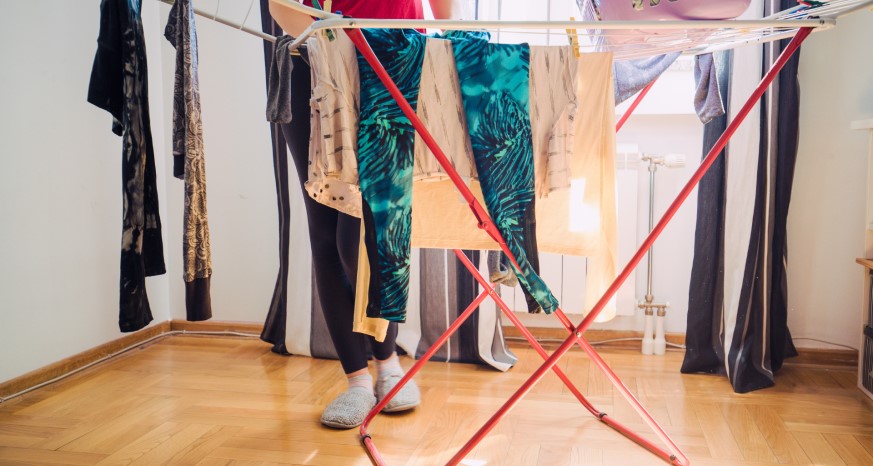 Christian joins the leading supplier of building control services in Derbyshire and Staffordshire Moorlands, as a Level 3 Business Administration Apprentice.

Having studied Construction and the Built Environment at school, Christian was familiar with building regulations and health and safety which sparked his interest in joining the sector.

Based at DBCP’s Chesterfield office, Christian is now working alongside the technical support team managing inspection requests for the company’s 26-strong team of building control surveyors.

He said: “It’s a really varied role with DBCP which is great. My dad is a quantity surveyor and my mum also used to work in planning, so I have experience through them of those fields. Working in building control is adding to my skillset and helping help me identify what I would like to follow as a career once I finish my apprenticeship.”

Welcoming Christian to the company David Pratt, DBCP’s Building Control Manager said: “I am delighted that Christian has chosen to begin his career journey with DBCP. It is important that companies in the building control sector invest in the training and skills of young people to avoid a future skills shortage.

“Looking ahead to the future, we have started our recruitment process now for two Building Control degree apprentices. It’s vitally important we have trained and qualified building control surveyors for current and future construction and renovation projects across Derbyshire and Staffordshire.”

If you are considering a degree apprenticeship in Building Control ahead of leaving school next year and would like to know more, get in touch with DBCP’s Building Control Manager David Pratt, on 0333 880 2000 or email info@dbcp.co.uk

Find out more about apprenticeships in Chesterfield by visiting our Apprentice Town page.

DBCP supports the marketing and economic growth of the town through Chesterfield Champions, a network of over 180 organisations across Chesterfield and North Derbyshire. 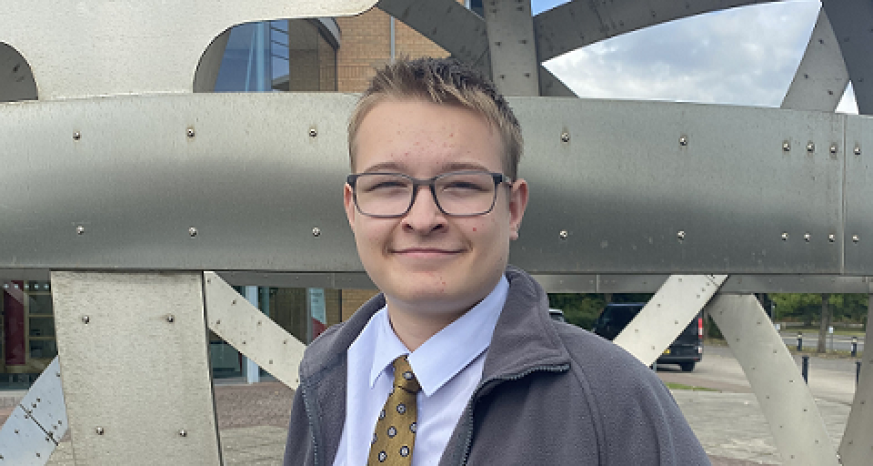 DBCP has further strengthened its team of building control surveyors at its Derby office with the appointment of Richard Buxton.

Experienced building surveyor Richard, who boasts more than 30 years’ experience in the construction industry, will be based at DBCP’s Friar Gate office in the city centre.

He joins from Erewash Borough Council where he was a Building Control Officer covering the Erewash, Broxtowe and Mansfield areas. As part of the DBCP team of Building Control Surveyors, Richard will now work with builders, architects and property owners in Derby city centre and throughout South Derbyshire.

Richard commented: “DBCP offers me a brilliant opportunity to expand my skills and experience, with city-based and larger commercial projects. I’m excited for the brand-new challenge ahead in Derby.”

Richard’s role will include providing plan checks, site inspections and advice and support to clients and contractors for commercial and residential developments in the region. He will also be on call for requests to assess dangerous structures.

Prior to joining the building control sector six years ago, Richard worked within construction, however decided to retrain and completed a Building Surveying degree at Sheffield Hallam University. He is continuing his ongoing professional development with the University of Wolverhampton where he is studying a Building Control Surveying Degree Apprenticeship.

He added: I’ve been in the construction industry for 32 years and working in building control for the last six years. This has given me an excellent appreciation and understanding of projects from both a developer and regulatory position. My skills and experience enables me to contribute to DBCP’s commitment to working with clients to achieve the best outcome on projects.”

For expert building control advice and guidance, please get in touch with the DBCP team at www.dbcp.co.uk or call 0333 880 2000.

DBCP supports the marketing and economic growth of the town through Chesterfield Champions, a network of over 180 organisations across Chesterfield and North Derbyshire. 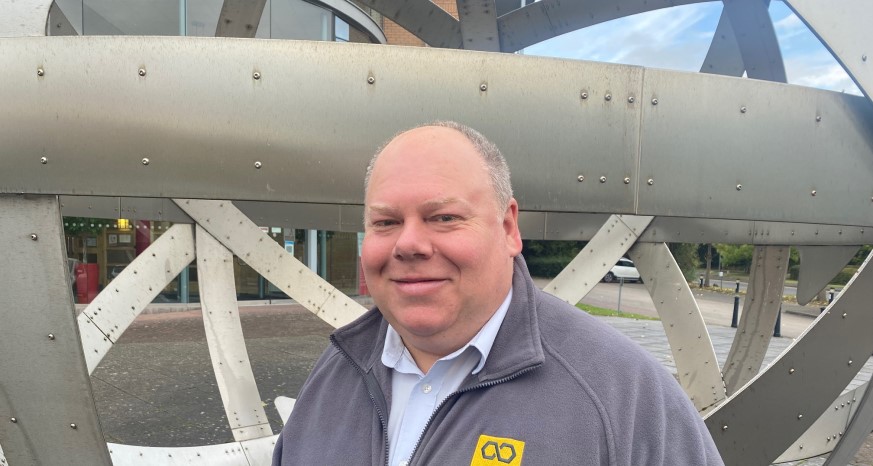