Job seekers in Bolsover, Chesterfield and North East Derbyshire are being encouraged to join a virtual jobs fair this month – which could put them on the path to a new career opportunity.

Chesterfield Borough Council is teaming up with North East Derbyshire District Council and Bolsover District Council to give a boost to local residents’ employment prospects as the online jobs and training fair is set to highlight hundreds of opportunities across Derbyshire.

After the huge success of the previous virtual events, which saw over twenty businesses providing more than 200 employment opportunities, this next fair on Wednesday 26 May is aiming to be bigger and better yet, with even more employers attending.

The three local authorities have teamed up together to provide the two-hour online session where vacancies, training opportunities, employment help and advice will be available via social media, using the hashtag #DerbyshireJobsFair.

Councillor Tricia Gilby, Leader of Chesterfield Borough Council, added: “Supporting our residents and local businesses is a vital part of our economic recovery following the COVID-19 pandemic and the jobs fair is the perfect chance for us to continue to help local people who are looking for their next employment opportunity during these challenging times.

“Our past events have been popular with local job seekers and employers, and we’re pleased to be working alongside our partner authorities again to support our local communities.”

Leader of Bolsover District Council, Steve Fritchley said: “This event is the perfect opportunity for us to support people after what has been a trying year for us all. We want to give our local economy a boost and helping people into employment and training is one way we are doing this, as well as undertaking a local Skills Audit and planning for an Institute of Technology (Centre of Excellence).”

“This next jobs fair is a great way for local businesses to take part and share their vacancies with us so we can help residents with employment opportunities and progress their career to the next level.”

Many employers are already signed up to take part in the event by sharing their vacancies using the hashtag, and all the opportunities will also be shared on the councils’ social media channels.

There will be a wide mix of job opportunities available, from more senior positions through to apprenticeships that are designed to help develop skills and experience. Chesterfield is an Apprentice Town and all three local authorities are committed to supporting young people progress in the world of work, through apprenticeship opportunities.

They will be key to helping ensure economic recovery because not only can they provide young people with new skills, they can also be used to recruit new staff, re-train or upskill existing staff.

The event will be held on 26 May from 10:00 am until 12:00 pm across all council’s social media channels. Businesses wishing to advertise and take part can do so free of charge. Email mark.szadura@ne-derbyshire.gov.uk or call 07973 343383 with your expression of interest. 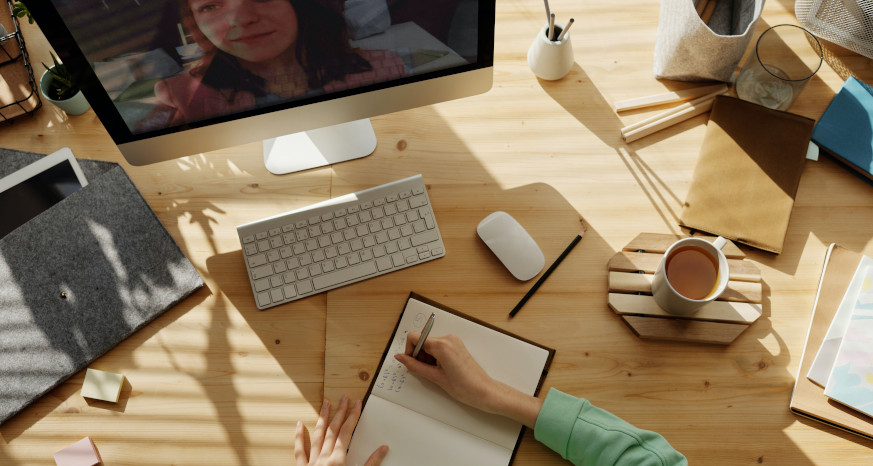 Residents across Chesterfield, North East Derbyshire and Bolsover District who are feeling alone and isolated during the ongoing pandemic are being encouraged to seek support.

‘Feeling Connected’ is a partnership project led by Derbyshire Voluntary Action with the support of Chesterfield Borough Council and North East Derbyshire District Council, which aims to tackle social isolation in the local area.

The project has been commissioned by the Healthy North East Derbyshire and Chesterfield Health and Wellbeing Partnerships which are funded by Derbyshire County Council Public Health.

The ‘Feeling Connected’ project aims to:

• help people better understand the benefits of being socially connected
• raise awareness of existing services which support social connectedness
• identify interventions, initiatives and activities which help people to feel socially connected and which could be further supported and developed in North East Derbyshire and Chesterfield

Jacqui Willis, Chief Executive of Derbyshire Voluntary Action, said: “Most people, young and old, feel lonely from time to time. This is normal, and even healthy. It can be a prompt for action, a reminder to make contact with other people and to create or reaffirm connections.

“Where it can become a problem is if people become isolated through circumstances beyond their control, and if feelings of loneliness become entrenched, or persist for a long time.”

As well as encouraging people who may be socially isolated to seek support, the partnership is also encouraging residents to think about those in their local community who may be alone and consider how they can help them.

“Many people have experienced social isolation throughout the pandemic – especially those who have limited access to technology so we’re really pleased to be supporting this project and looking into new initiatives which will help promote social connectedness for our residents.”

Councillor Alan Powell, North East Derbyshire District Council’s cabinet member for Partnership Engagement and Strategy, said: “The pandemic has affected us all, but for some people the feelings of loneliness and isolation have been greatly amplified during this time.

“We are therefore delighted to be supporting this project which will help our residents access the support they need and encourage others to think about those who are alone.”

In the spirit of connecting with others, the ‘Feeling Connected’ project has linked up with similar work which is happening in Bolsover District: ‘Connect Bolsover’ led by Bassetlaw CVS.

Bolsover District Council’s Leader, Councillor Steve Fritchley said: “The situation over the past ten months has highlighted the impact of loneliness and the importance of being part of a community. Even though we have new technology, there is no substitute for human contact, having a cuppa, a biscuit and a chat.

“I believe we will see more people suffering from agoraphobia. Organisations like chit chat groups, craft classes and toddler groups play a huge part in a local community and can provide people with the boost they need if they are feeling lonely or isolated. So we are delighted to support this project within Bolsover District and the wider north east Derbyshire area.”

You can find more information about ‘Feeling Connected’ at dva.org.uk/feeling-connected and about ‘Connect Bolsover’ at bcvs.org.uk/bolsover-together 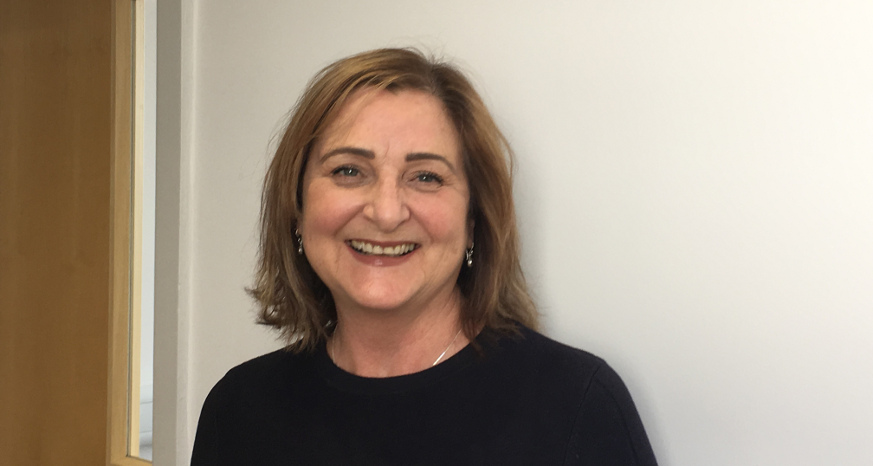 A new consultation is due to be launched on North East Derbyshire District Council’s draft Local Plan, which sets the plan for future development in the area. This will allow over seven full weeks for the public and groups to comment.

The draft Local Plan is currently under examination and the new consultation will be on changes to the plan, called ‘Main Modifications’ which are proposed by the independent inspector.

It is expected that the consultation, set to be approved by the Cabinet on the 29th October, will run for 7 ½ weeks, from the 2nd November 2020 to the 23rd December 2020. Full details on the consultation and how it will work will be posted on the Council’s website and social media over the next week.

Cllr Charlotte Cupit, Cabinet Member for Environmental Services, commented: “This consultation will allow residents to have their say on the changes proposed by the Inspector to the draft Plan so far, including the removal of three large previously allocated Green Belt sites and the updated housing land supply in our District.

“I would urge everyone to submit their views on the proposed changes as part of this consultation. I understand there is particular concern over the remaining allocations in the Green Belt and why the Inspector has only removed some allocations from the Plan but not others. This is the last chance for communities to highlight their concerns and test the Inspector’s reasoning by commenting on her Main Modifications proposals.

“We recognise that Covid-19 provides challenges to how consultations were previously run, but we’ve been working hard to make sure this consultation is accessible to residents and making extra provisions, including for anyone who may be self-isolating. As well as being available online, consultation documents can be posted out on request, to local residents who are self-isolating and unable to access deposit venues or view material online.”

You can find the Cabinet paper, including details of the proposed Main Modifications consultation, here https://democracy.ne-derbyshire.gov.uk/ieListDocuments.aspx?CId=1137&MId=1763&Ver=4 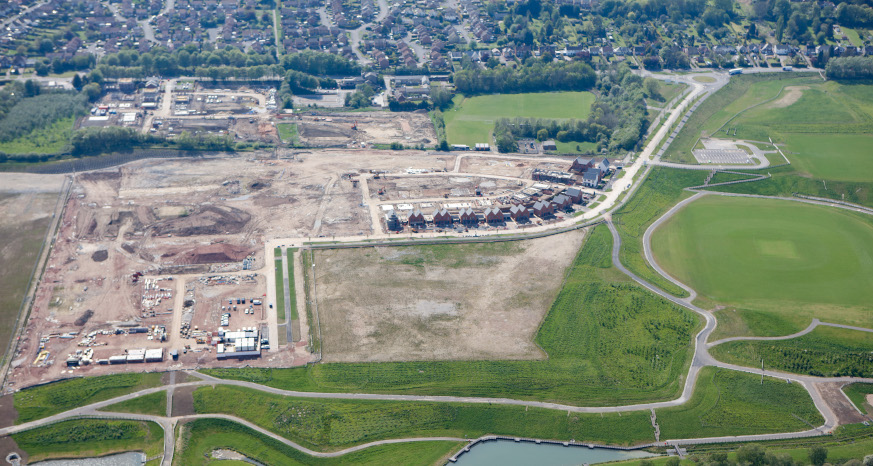