Chesterfield Football Club is continuing to work in the community by looking to contribute to the success of local residents and businesses alike.

Starting on Thursday, November 4, the Winning Goals programme will run for 12 weeks. After that, there will be monthly one-to-one sessions.

Those attending will receive free gym membership, a free t-shirt and hoodie and free tickets to watch the Spireites.

The sessions will be held in the HUB at the Technique Stadium on Thursdays, with a choice of either 12pm to 2pm or 5.30pm to 7.30pm. Supported by Derbyshire County Council, Winning Goals is a concept where the biggest losers are the winners!

Mike Goodwin, chairman of Chesterfield FC Community Trust, said: “This new programme is another example of how the Community Trust is having a positive impact on the lives of people in the community.

“We have an excellent relationship with Derbyshire County Council and I would like to thank them for their continued support.”

Meanwhile, the club is also offering businesses the chance to win a year’s free advertising on the online radio station, 1866 Sport.

Bridget Ball, marketing manager of Chesterfield FC, who run the station, said: “We provide local businesses with the opportunity to promote what they have to offer in an affordable way.

“One lucky listener will receive a *free 12-month radio advertising campaign by simply liking the 1866 Sport Facebook page, liking and sharing a post about the competition and commenting with their business name or tagging another Derbyshire business.”

The competition will run until November 12 with the winner announced on 1866 Sport Breakfast on November 15.

To find out how you can promote your business on 1866 Sport, email alisonollerenshaw@chesterfield-fc.co.uk 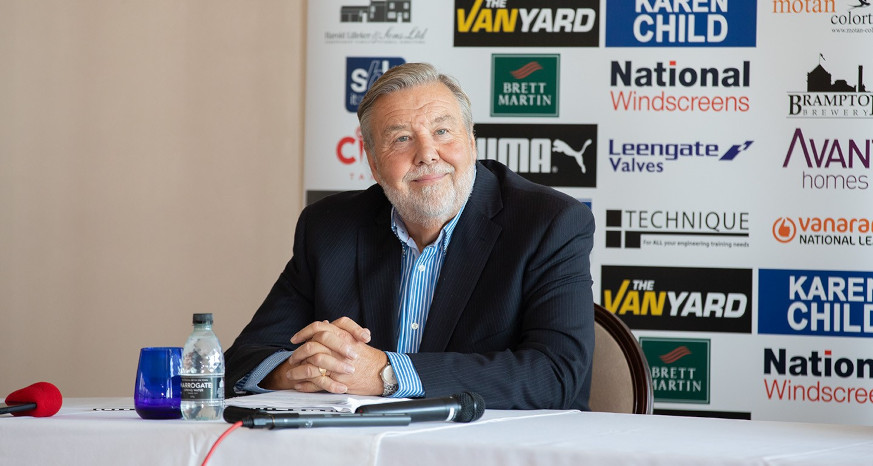 The troupe of 42 dancers aged between five and 18 represented England at the Dance World Cup for the first time in Telford, Shropshire.

The competition featured 120,000 competitors from 62 countries and the dancers of Hardy Alexandra Dance Company won a mixture a gold, silver and bronze medals across numerous dance disciplines and age groups.

Hardy Alexandra Dance Company instructor, Alexandra Mahjouri, said: “We’re extremely proud to see our dancers’ talent be recognised in a worldwide arena and with our array of medals they are now known as some of the best dances in England.

“Dancing can be an expensive hobby and Avant Homes’ contribution has allowed this international competition to be available to every student at Hardy Alexandra Dance Company. We’re very grateful for their donation and to be able to see our dancers take part in the Dance World Cup has been incredible.”

One of the dancers that competed in the dance troupe was ten-year-old, Sophie Harrison, who is the daughter of Avant Homes Central sales and marketing administrator, Kelly Harrison. Sophie has been dancing since she was one-year old and competed in the Dance World Cup in a song and dance routine.

Avant Homes Central managing director, Stuart Rowlands, said: “Hardy Alexandra Dance Company is an inspiring organisation, which does excellent work with youngsters keen to pursue dance, and all their hard work paid off after dancing to success at the Dance World Cup for the first time.

“Avant Homes is extremely proud to have been able to provide support in getting the company and dancers to the competition and we’re delighted to see England win the gold.”

Based in Chesterfield, Avant Homes Central is part of the Avant Homes group, one of the leading private developers of residential property in the UK. The group currently has 54 developments across its five operating regions.

Avant Homes Central has 10 developments under construction stretching from Worksop to Newark.

Avant Homes supports the marketing and economic growth of the town through Chesterfield Champions, a network of over 190 organisations across Chesterfield and North Derbyshire. 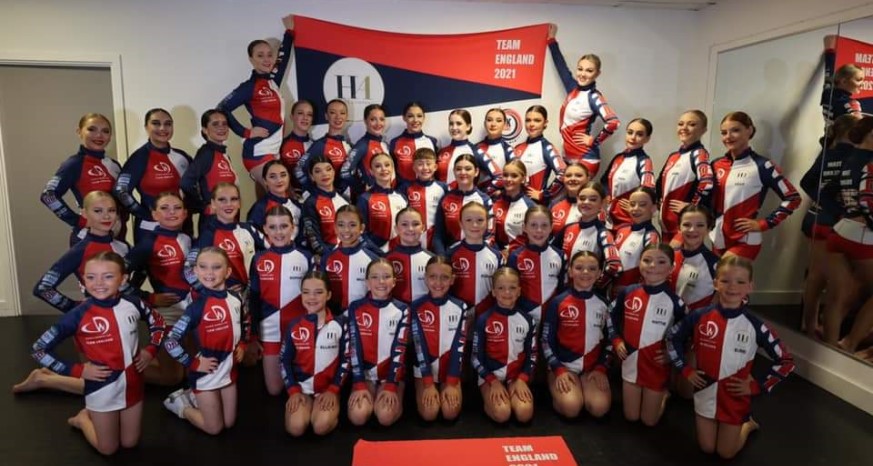 The Chesterfield FC Community Trust team helped out at Derbyshire Community Hub last week, delivering food parcels to those in need during Lockdown 3.0.

Whilst always maintaining social distancing and following guidelines, staff volunteered at a charity that supports households who need help during the pandemic.

Having supported Derbyshire Community Hub during October’s Free School Dinners project, the synergy between both organisations of being community focused and supporting those in need made for another opportunity to work together.

Keith Jackson, the Trust’s head of sport and activities, said: “Throughout the last ten months, the team have tried to think of ways to support the local community in these trying times.

“We always set out each year to impact as many local lives in a positive way and this has been no different, despite the difficulties. Be it serving food, collecting food or delivering it, we continue to do as much as we safely can to engage with and help out the local area.”

Nic Finch from the Community Hub said: “A huge thank you to the Trust for their support today. We are always looking for donations and volunteers to get involved so please do get in touch.”

Anyone who would like more information about Derbyshire Community Hub or would like to volunteer for them should email derbyshirecommunityhub@gmail.com

Chesterfield FC Community Trust also recently spread some Christmas cheer across the town, by collecting donations for Chester’s Christmas Toy Appeal, which aimed to ensure no child in our area was left without a present on Christmas Day. You can find out more about the initiative here.

Chesterfield FC supports the marketing and economic growth of the town through Chesterfield Champions, a network of over 180 organisations across Chesterfield and North Derbyshire.

The Trust has continued to work with the African Caribbean Community Association of Chesterfield (ACCAC), delivering a series of workshops across Chesterfield and North-East Derbyshire about Black History, BAME role models, the Windrush generation and equality.

Lud Ramsey, chair of Chesterfield ACCAC, said: “I believe the most important equality work we deliver must start at school level.

“This is to ensure the future adult work force of our country will have a better knowledge of people in their community.

“Having a better understanding of seeing equality and diversity is a strength and not a weakness.”

Lud shared his personal story, which included footage of his appearances on Gladiators and Ninja Warrior! Here are a few quotes from teachers, participants and Chesterfield FC Community Trust staff:

Jayne Jackson, assistant headteacher at William Rhodes Primary & Nursery School, said: “Thank you so much for the inspiring visit from Lud. Please pass on our thanks and admiration.

“His visit has left an inspirational and lasting impact on our children and the class teachers.”

Maisie (Year 6), who was a part of the workshop at William Rhodes Primary School, said: “Lud told us about Rosa Parks being arrested because she wouldn’t give up her seat to a white person and how Muhammad Ali wasn’t allowed into a restaurant because he was black, even though he was a World Champion boxer.

“I think Lud is an amazing person who has worked hard to get where he is. I would definitely recommend him to other schools.”

Esme (Year 5), who was a part of the workshop at Ridgeway Primary School, commented: “We learnt that back in the day, black people were treated unfairly. They were used as slaves and had to be segregated from white people, which we now know is completely unfair!”

Robert Stevenson, Premier League co-ordinator at the Community Trust, said: “It has been great to visit schools and have Lud talk about Black History.

“He is really inspirational in his own right from what he has done in his career as a firefighter, as well as having his own battles against equality and diversity.

“At the Trust, we feel that this it is important for children to understand the importance of equality and implement it into their everyday lives.” 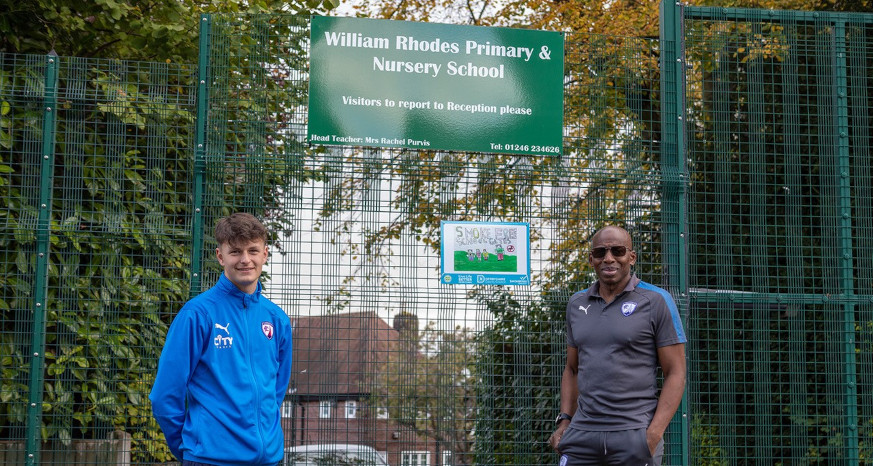 Chesterfield FC Community Trust will be providing free school lunches for those in need during the October half-term break.

In an effort to support the local community, the Trust will help families in need and ensure that children across the district are provided with food.

Keith Jackson, the Trust’s head of sport and activities, said: “We know there will be families in our region who will struggle to put food on the table for their children during half term, due to the Covid-19 pandemic.

“We felt we had to support those families. This is about our town pulling together and looking after each other. We will do everything we can to make sure no child in Chesterfield goes hungry this half term.

“Local businesses and friends of the Trust have offered to lend support, which is a great help.

“Lifehouse Church – a valued partner of the Trust – are backing the project and they have arranged for Jacksons The Bakers to provide 100 sandwiches, 100 sausage rolls and 100 muffins every day, which is fantastic.

“We are also grateful to Tesco, Print Digital Media and The Corrugated Case Company Ltd for their generous support.”

Lunches, to include a sandwich and a snack, will be available to collect from Chester’s Den play centre from 12pm to 2pm every week day during the half-term break. Organisers will endeavour to have a vegetarian option available every day but cannot guarantee allergy-free food preparation due to the scale of the project.

A one-way system will be in place with an outdoor queuing system. All staff working on this project will be temperature checked and wear appropriate face coverings and gloves.

The offer is open to any child currently receiving free school dinners but also, in exceptional circumstances, others who need support at this time. To qualify, the child’s name and school must be quoted, along with a parent’s National Insurance number.

Anyone who would like to offer support by volunteering to help with queuing systems or have appropriate food hygiene certificates should email enquiries@spireitestrust.org.uk. 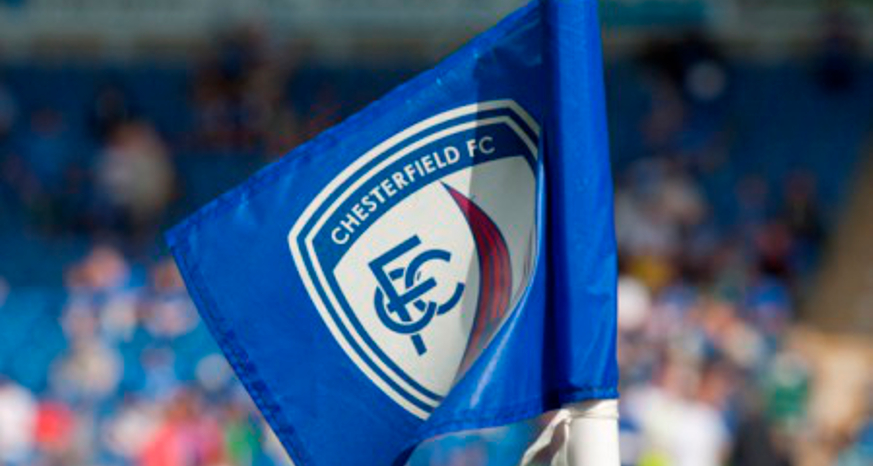