A study has Chesterfield as one of the best towns in the country to bring up Children.

The town ranked 2nd in a list of the 50 best towns and cities in the analysis carried out by children’s electric car supplier, Electric Ride-on cars.

The company said: “By analysing multiple factors across towns and cities in England, such as schools, homes, childcare, and quality of life the best places to raise a family have been revealed.”

Chesterfield came just behind Lincoln which topped the list, but came above the likes of Newcastle, Liverpool, Nottingham, London and Leeds to name a few.

The article states: “The Derbyshire town of Chesterfield is the second-best place to raise a family with a score of 7.18, which is 2.21 higher than the average score. There are almost 30 schools per square mile on average in the Chesterfield area, it also scores well for safety and air quality.”

Chesterfield also ranked highly in terms of air quality and safety – with 87.5 and 75.49 out of 100 respectively – both key factors to consider when it comes to raising happy and healthy children.

You can see the full survey here.

The ranking follows analysis in 2021 by Rightmove, which found that Chesterfield is the happiest town in the East Midlands. Find out more about the study here.

Rightmove data also saw a surge in people and families looking to relocate to Chesterfield and use the town as a commuter base, with great transport links to nearby Sheffield, Nottingham and Derby. The town is also commutable to London by train in under two hours, with a direct service from the town running to St. Pancras International.

To find out more about the great quality of life on offer in Chesterfield, visit: https://www.chesterfield.co.uk/about-chesterfield/

The town’s business community are set to come together to celebrate achievements across Chesterfield and the rapid regeneration and growth currently taking place next week, (Wednesday 23rd March 2022) at the sold-out Celebrate Chesterfield 2022. Find out more. 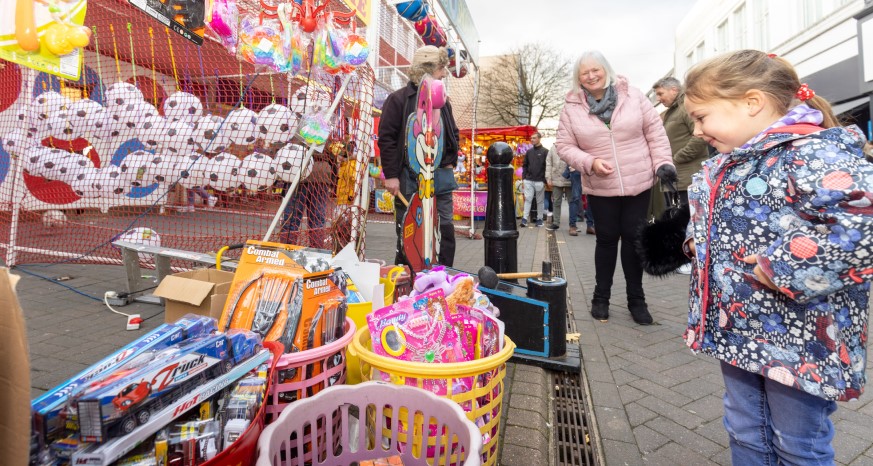 Chesterfield named the happiest place to live in the East Midlands

Chesterfield is the happiest place to live in the East Midlands, according to a recent survey.

Property firm Rightmove has published its annual Happy at Home Index, now in its 10th year. The company asked more than 21,000 residents to tell them how they feel about where they live, as well as ranking 10 happiness factors.

Chesterfield was placed 68th in the UK overall, out of more than 200 towns and cities. The latest study also shows that moving is making people happier. Community is also really key, with feeling a sense of belonging, the friendliness of local residents, and being able to be yourself in an area among the most important measures of happiness.

It was also recently revealed that there has been a recent surge of interest from commuters eyeing up homes in Chesterfield.

Dom Stevens, manager of Destination Chesterfield said: “It is great to hear that Chesterfield has been recognised as the happiest place to live in the East Midlands.

“Our town with the famous crooked spire and historic market located on the edge of the peak district national park, is the perfect place to live and also to locate a business. Chesterfield is a friendly place with a real sense of community and our central location with excellent transport links makes it the perfect place to set up home.

“With many more homes currently being built across North Derbyshire and over £1billion of regeneration taking place we look forward to welcoming people who choose to make Chesterfield their home.”

Looking at the overall results and rankings of happiest areas across Britain, Rightmove property expert Tim Bannister said: “Last year’s lockdown periods continue to have an impact on our priorities and what makes us happy, which is one of the reasons why community and a sense of belonging continue to be so important to people this year.

“Last year redefined the importance and role of our home and local community in our lives, and this has carried on into this year, even as wider society has started to open up again.”

Find out more about visiting, living and working in Chesterfield at: https://www.chesterfield.co.uk/about-chesterfield/

Interest in homes in and around Chesterfield has seen a significant rise, with data showing a jump in the number of commuters looking to relocate to the town.

New data from the UK’s biggest property website Rightmove reveals that the return to the office for many workers has led to a jump in buyer searches for commuter stations, with searches for Chesterfield going up by 30% between June 2021 and August 2021.

The analysis compares buyer searches for stations across Great Britain in June 2021 with August 2021, to measure the impact of the gradual return to the office, which has been encouraged by the government since July.

Peter Swallow, Chair of Destination Chesterfield, said: “The recent Right Move data is pleasing but not surprising. We have long known and appreciated the town’s connectivity. It is this which has been fundamental in the borough attracting more than £1 billion worth of construction projects which are currently underway.

“Chesterfield’s mainline rail station serves the town well. As Sheffield house prices have increased to a level which challenges affordability, the market in Chesterfield, being just 10 miles away by train from the UK’s fourth largest city, is benefitting.

“Having this station puts London St Pancras just 1hr and 50 mins away, and Nottingham just 40 minutes away which is ideal for commuters. The reality of this is you can get to central London by rail from Chesterfield in the same amount of time it takes someone to commute from 30 miles away!

“Demand for housing is strong, particularly close to the railway station. At Avant Homes Waterside Quarter development at Chesterfield Waterside, buyers are attracted by the fact they don’t need a car to live there as the train station is on their doorstep. This benefits everyone, not least Chesterfield Borough Council’s drive to become carbon neutral. 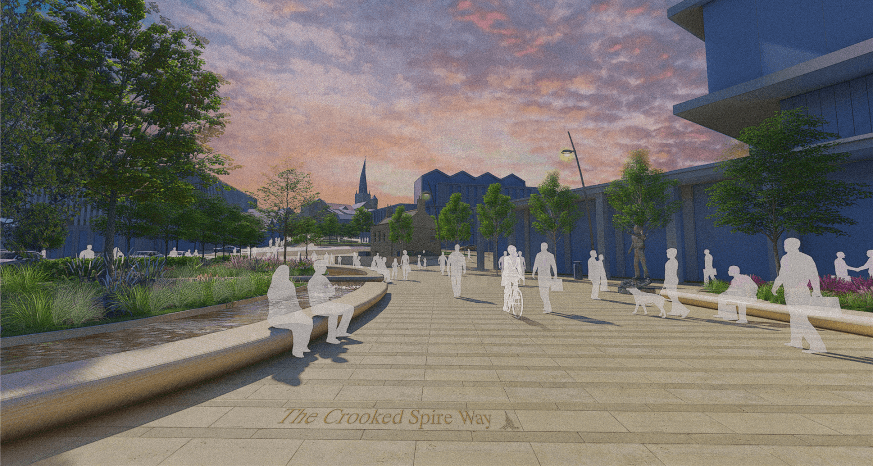 “It is exciting to see Chesterfield Borough Council investing significantly in the future of the railway station. The new station master plan, the first such scheme since 1870, will transform not merely the approach to the station but the whole of the north-eastern edge of the town centre, helping the town attract more residents and investment.”

Tim Bannister, Rightmove’s Director of Property Data comments: “More people are starting to return to the office for at least a few days a week, and so quick routes into major cities are rising up the priority list again.

“While the demand to relocate or search for more space has by no means gone away, the numbers suggest that this will need to be balanced with easy transport access on office days, which has understandably been lower on the agenda for many over the last eighteen months.” 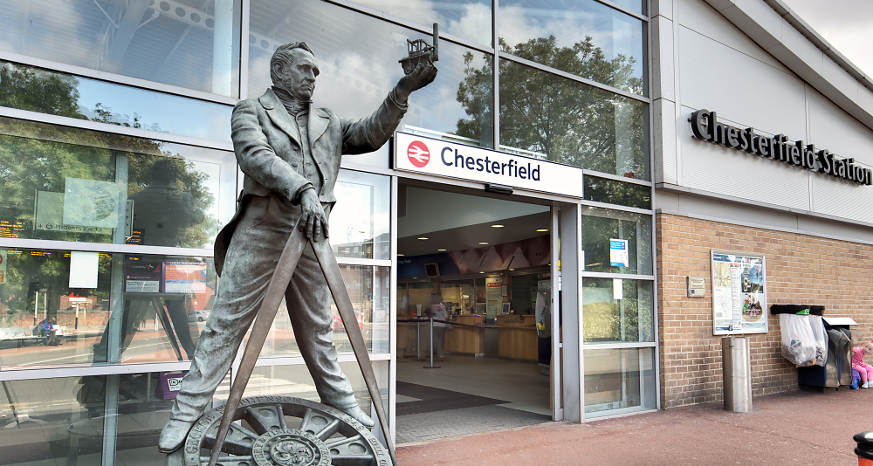 The Derbyshire Times has launched a brand new 16-page weekly property guide – thanks to the support of leading estate agents from across Chesterfield.

The new supplement, which launched in the June 17 edition of the Derbyshire Times, will showcase the beautiful homes for sale and to rent across the north Derbyshire area.

It also includes editorial features about homes for sale, as well as local market news and the latest on interior design trends.

Phil Bramley, editor of the Derbyshire Times, said: “The backing we have received from local estate agents for this initiative has been exceptional.

“North Derbyshire has a burgeoning housing market, along with many new developments in the pipeline.

“The area’s excellent transport links and robust local economy have made it an attractive prospect as the recovery gets underway.

“We’ve been working hard throughout the pandemic to keep our readers up-to-date on news that matters to them in the district, and we’ve learnt from their feedback how much they value the DT as a trusted source of local information online and in print.

“We know, too, that property is of huge interest to our readers right now – which is why we are so pleased to launch the new property guide this week.

“I’d also like to thank all the local estate agents who have supported this initiative and helped make it happen.” 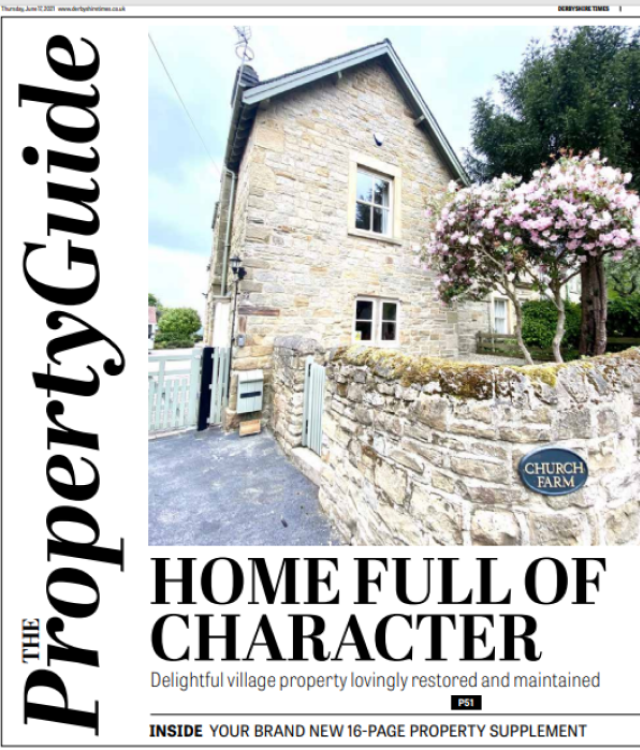 Chesterfield and the surrounding area is a popular and established destination for both businesses and visitors as well as a superb place to live offering a great lifestyle.

Whether it’s a town or village experience, contemporary or traditional housing, buying or renting, living in Chesterfield and the surrounding area is affordable and offers something for everyone. Find out more about living in the town here.

Derbyshire Times supports the marketing and economic growth of the town through Chesterfield Champions, a network of over 180 organisations across Chesterfield and North Derbyshire. 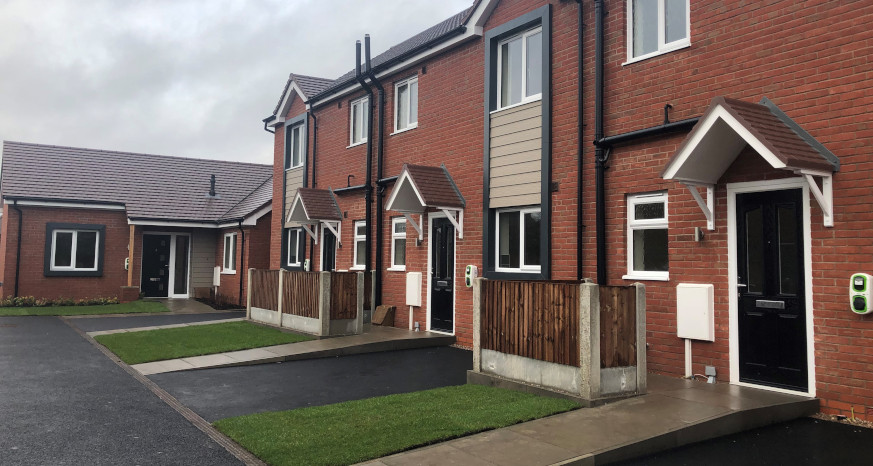